A woman has claimed her boyfriend ‘cheated’ within an hour of her teaming up with her best friend to tempt him to stray.

TikTok user Lottie Passco, from Bristol, told how she became suspicious of her partner after discovering he had a Tinder account while they were together.

She asked her best friend Meg to message him from a fake Instagram account to see what her boyfriend would respond, reports The Sun.

But the trick did nothing to put her mind at rest, as her partner replied to Meg in minutes. 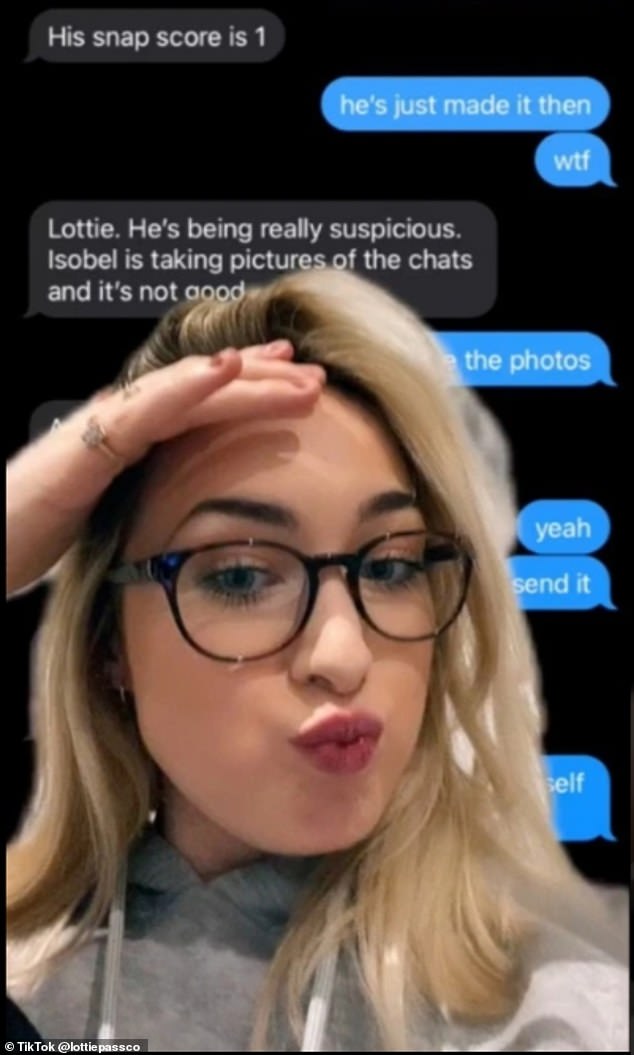 TikTok user Lottie Passco, from Bristol, became suspicious of her boyfriend after he ‘had a Tinder account’ while they were together and asked her best friend Meg to use a fake Instagram account to message him

Lottie was shocked to hear her boyfriend ask whether the fact he was ‘ages away’ was putting his new correspondent off, rather than the fact he had a girlfriend.

Fearing her friend would get hurt, Meg asked Lottie if she was sure she wanted to carry on, but Lottie replied: ‘Yeah carry on, I’m gunna catch him out [sic].’

Now convinced he would pursue an inappropriate conversation, she added: ‘I don’t wanna be a mug again so I’d rather find out now then waste my time on him.’

Meg took screenshots of the messages which showed Lottie’s boyfriend asking whether she could take ‘toilet breaks’ at work to speak on Snapchat – which Lottie pointed out was a different account to the one he normally uses.

In a separate video, Lottie later explained that she and Meg decided to set the honey-trap because her boyfriend had previously cheated on her – and had a Tinder account while they were together. 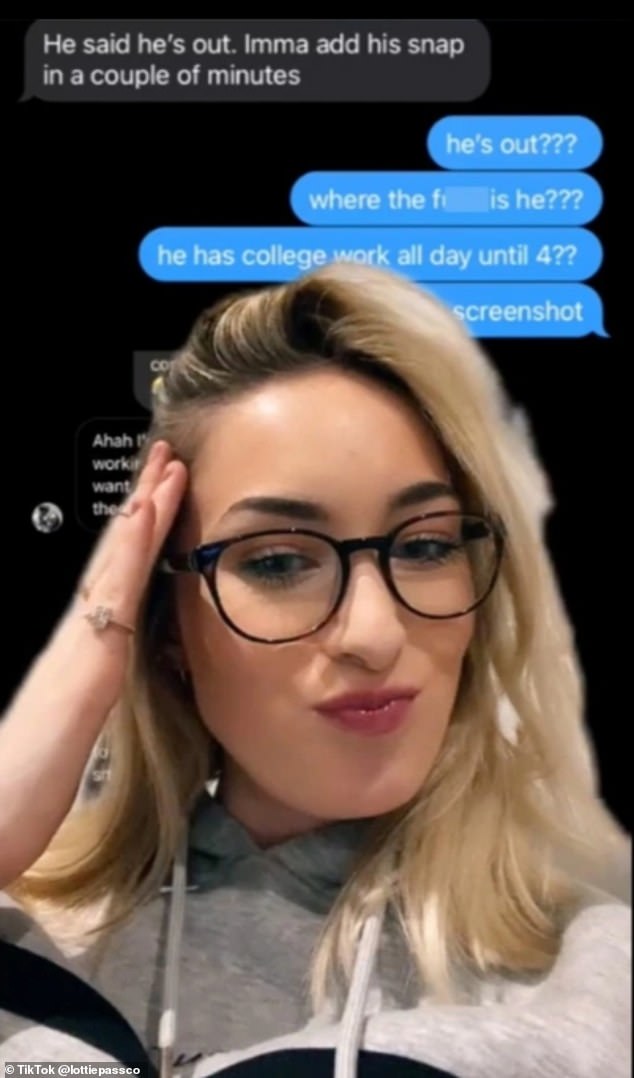 Lottie later explained that they set up the honeytrap because her boyfriend had previously cheated on her and had a Tinder account while they were together. She left him after his response to the messages

She added that her boyfriend went so far as to set up a fake Snapchat account within an hour of talking to Meg, so that ‘they could talk without her knowing’.

Lottie claimed he set it up after Meg told her he had a ‘snap score’ of one.

The scorned woman went on to reveal he continued to send a lot of inappropriate things, and the only thing that ‘stopped them’ in his mind was the distance between them.

‘I left him instantly and dropped his stuff around at his house, and he burst into tears and all of this and then I found out that he had a Tinder account the whole of our relationship, which was over a year,’ Lottie said.

She added: ‘I’ve found someone new and I’m so happy.’