Makeup artists have been slammed for painting their faces with slogans and optical illusion looks to resemble being choked in support of the Black Lives Matter movement.

Protests have erupted in recent days after the killing of George Floyd in Minneapolis, who died after former officer Derek Chauvin knelt on his neck while he was handcuffed for eight minutes, rendering him unable to breathe.

After receiving a furious backlash on social media, some have removed their photos – including an Austrian teenage influencer who issued an apology after being accused of using blackface in her post.

Ashley Richter ,who lives in Minneapolis also used makeup to write the slogans such as Justice 4 George Floyd across her lips and painted a fist on one cheek.

Elsewhere, Patrick Carmona who lives in Germany, used beauty products to darken one side of his face and decorated it with silver jewels. 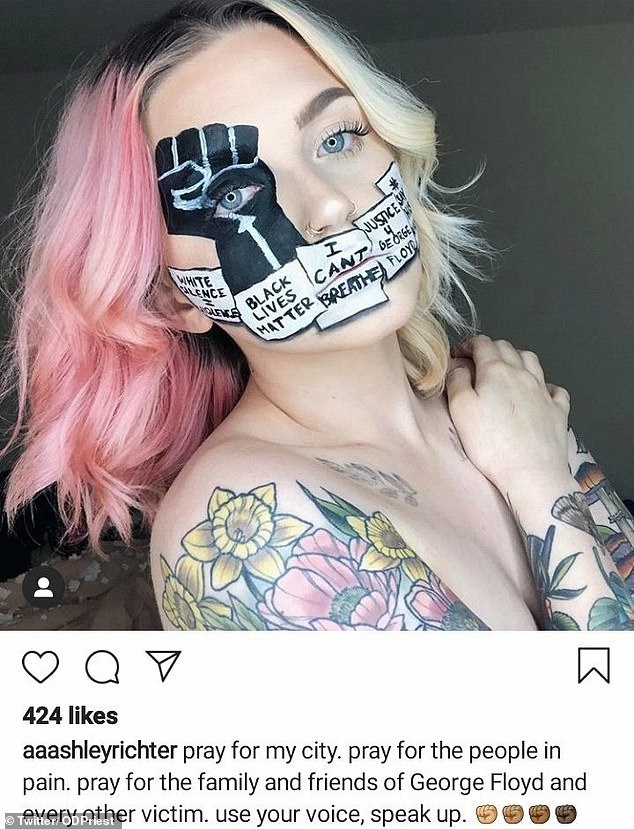 Social media users have taken to Twitter to debate the viral trend of beauty influencers using makeup to show support for the Black Lives Matter movement. Pictured: Ashley Richter who lives in Minneapolis, with George Floyd’s last words written across her face 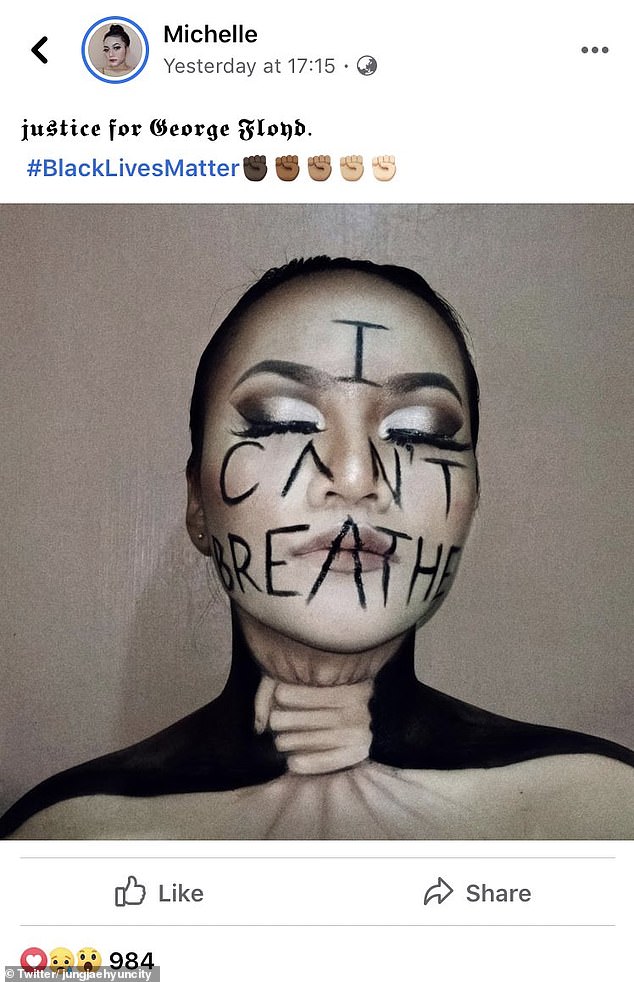 Many makeup enthusiasts have used the words George Floyd spoke before he was killed in Minneapolis on May 25 for their work. Pictured: A woman who used makeup to create the illusion of being strangled 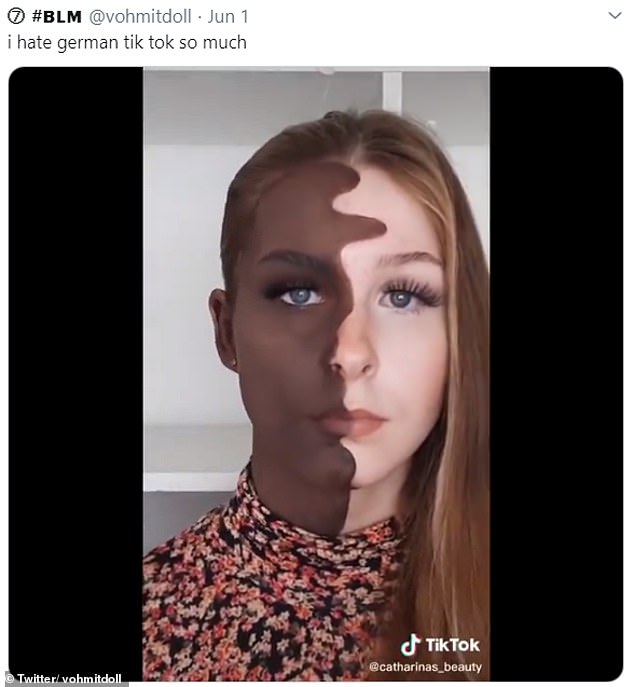 A beauty influencer who lives in Austria (pictured), was forced to issue a lengthy apology on Instagram after being accused of blackface

Austria-based TikTok user who posts under the handle ‘catharinas_beauty’, was forced to apologise for blackface after sharing a clip darkening one side of her face.

The 16-year-old removed the clip, which was paired with the song This Is America by Childish Gambino and wrote a lengthy apology on Instagram.

Appealing for her 3,000 followers forgiveness, she wrote: ‘I didn’t meant it like that and you know that. But you guys still wish me death, only because I wanted to do a good thing and made a mistake?

‘I’m only a child, and you are adult, you have to know better. I didn’t research before I made this look, I should have done that I know. I’M SORRY, I HOPE YOU CAN FORGIVE ME.’

The apology sparked a heated discussion, as some argued that influencers are trying to help the movement and shouldn’t be condemned. 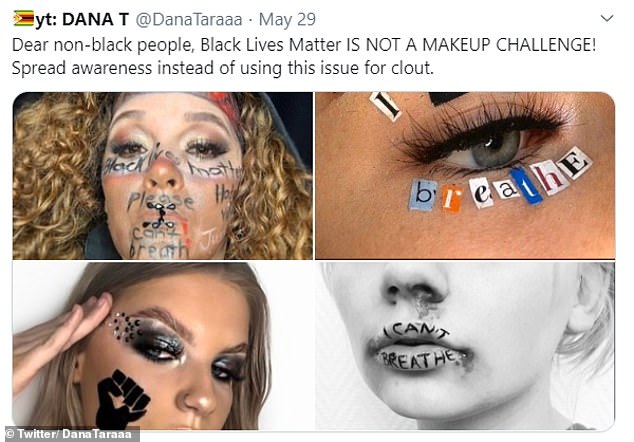 A YouTuber from Sheffield, accused make-up artists of using the Black Lives Matter movement to increase their following 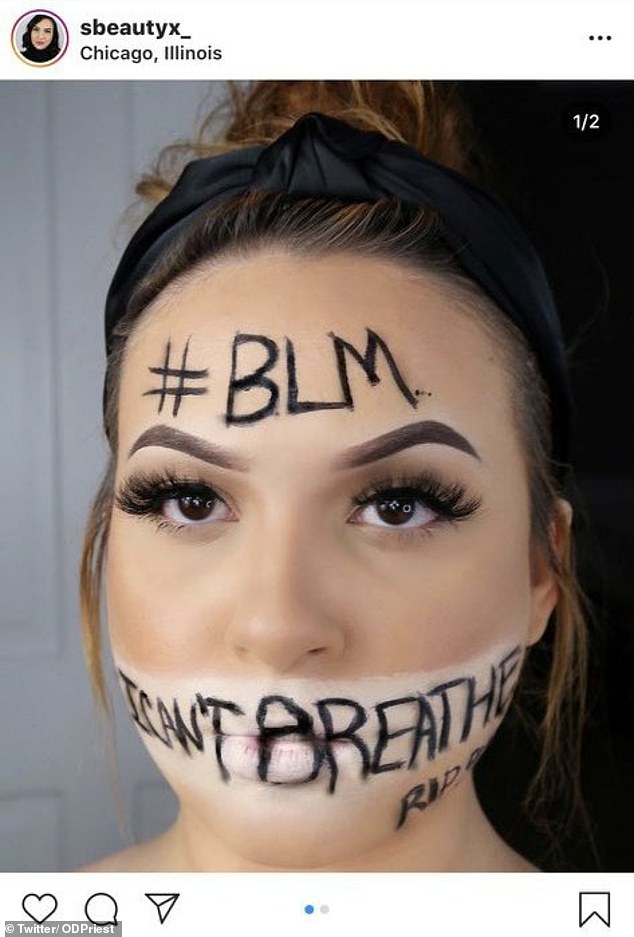 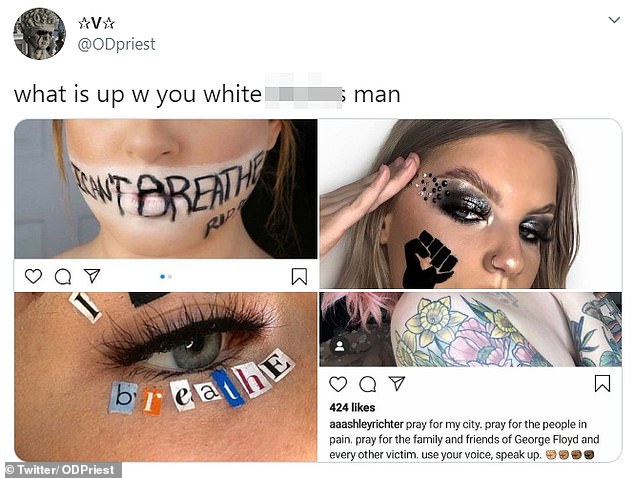 A debate begun on Twitter, after one user accused white people of sparking the viral trend of using makeup to support the movement. Pictured: A selection of influencers who used makeup to support BML, as rounded up by a man from America

Sharing examples spotted on Instagram, a Twitter user wrote: ‘What is up with you white b******, man?’

Many responses to the post agreed that George Floyd’s dying words shouldn’t be used for a beauty trend.

One person wrote: ‘Why do they think this is activism? This does nothing to help.’

‘Literally using someone’s LAST WORDS as their makeup aesthetic. This makes me sick I can’t believe people are like this,’ said another.

A third added: ‘Imagine seeing a video of a man begging for his life and thinking, “This would be a good makeup look”?’. 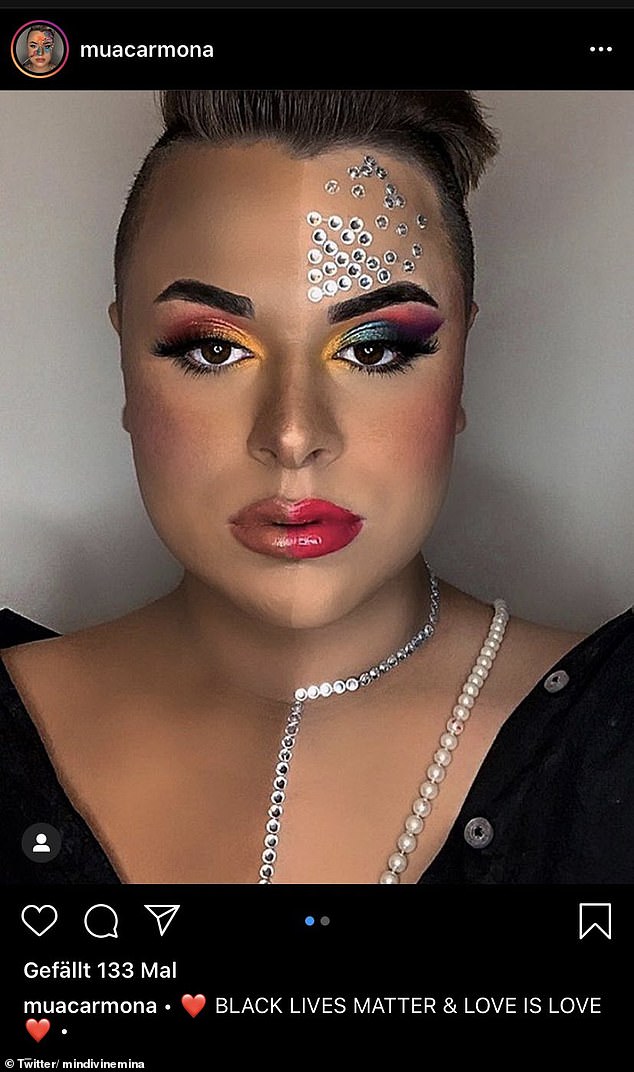 Beauty guru Patrick Carmona had his photograph shared on Twitter by a user arguing that the trend is ignorant. Pictured: Patrick Carmona who lives in Germany, used makeup to darken one side of his face

Others argued using makeup to spread awareness shouldn’t be viewed as different to any other creative outlet.

‘I know it may be corny of whatever, but you can’t tell everybody to spread awareness then when they do it you get mad. This is why people don’t want to say s***. They could have chose not to do ANYTHING. This was their way of spreading awareness. Take it or leave it,’ wrote one.

Another said: ‘It’s no different than someone making a song about police brutality. They’re using their platform *being makeup* to spread awareness which is what we all want. People to bring awareness to these issues. It’s not traditional, but at least they’re speaking on it.’

A third added: ‘Makeup is art and I personally hold the belied that this is no different to paint on a canvas etc. They’re doing what they can to raise awareness and the only reason I can think for this being tone deaf is because it’s on a face. It’s not an aesthetic just because it’s makeup.’ 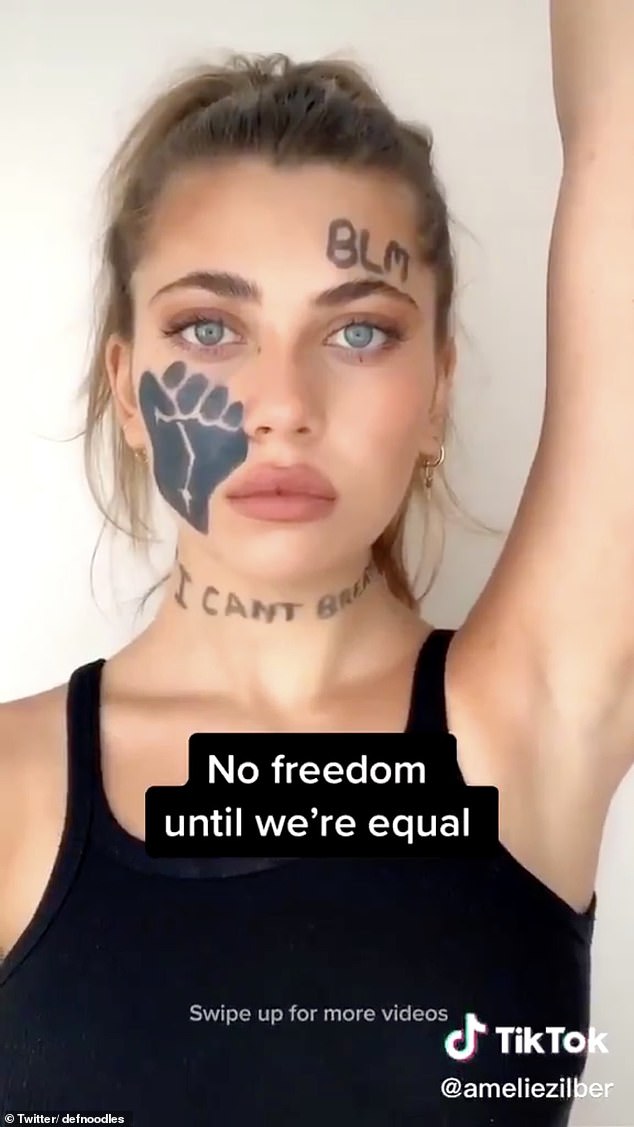 Amelie Zilber had her clip shared on Twitter by a user questioning if the trend is trivialising the Black Lives Matter message. Pictured: Amelie Zilber from the United States, illustrated a clenched fist on her cheek 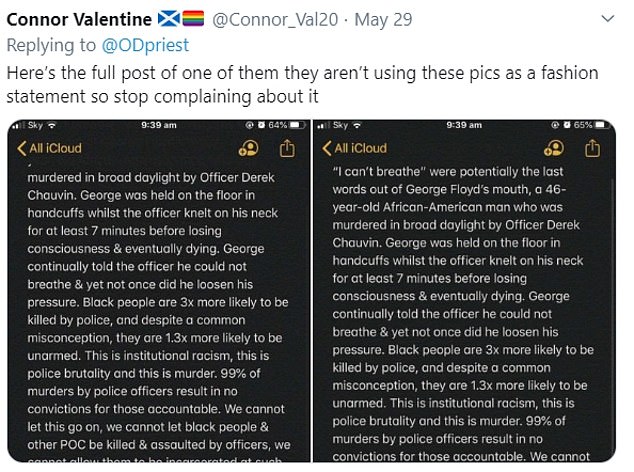 Commercial Loans: Your 7 Best Alternatives in 2020