A mixed-race mother has revealed that strangers question whether she’s related to her fair-skinned daughter.

Davina Moon, 32, from Surrey, who has a mixed heritage of German, Russian Jewish, Spanish, Sri Lankan, Indian and Portuguese, reveals that she often simplifies it by just telling people that her background is Irish and Sri Lankan.

While the actress revealed that on a number of occasions people have questioned the legitimacy of whether she is the mother of her daughter, as her child has blonde hair and hazel eyes.

‘I’ve gone to pick her up from nursery and the nursery teacher, holding her, has recoiled as I went to take her,’ she told Metro. 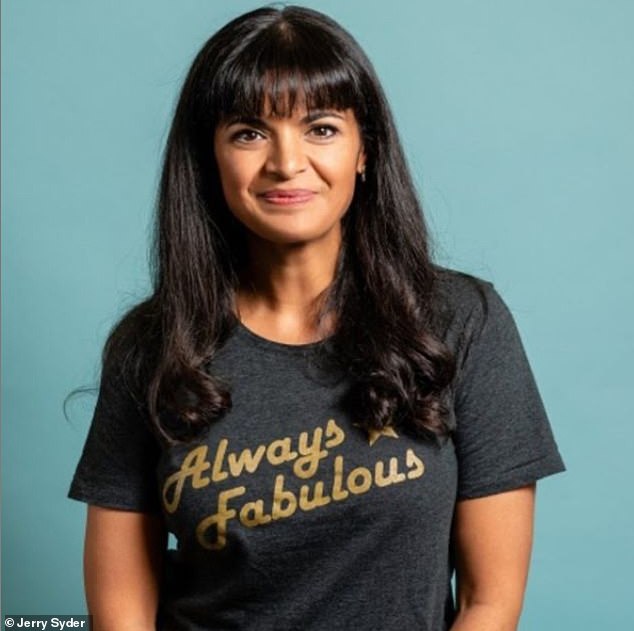 Actress Davina Moon (pictured) explained how she’s constantly reminded by society that she doesn’t look like her blonde haired daughter, and has even had nursery teacher’s recoil when she collects her

Davina also recalls a separate occasion when she was glared at throughout a church service, with one woman even asking her daughter ‘is this your mummy?’, without acknowledging her.

Most recently the mother was mistakenly asked if she was the parent of a child with brown skin while at an after school activity, despite kneeling beside her daughter.

She says that the teacher became defensive and showed hostility, when she responded that having a similar skin colour doesn’t mean that they’re related.

‘It soon becomes water off a duck’s back, but the odd occasion which makes your eyes well up or your blood boil, does sneak through,’ she continued. 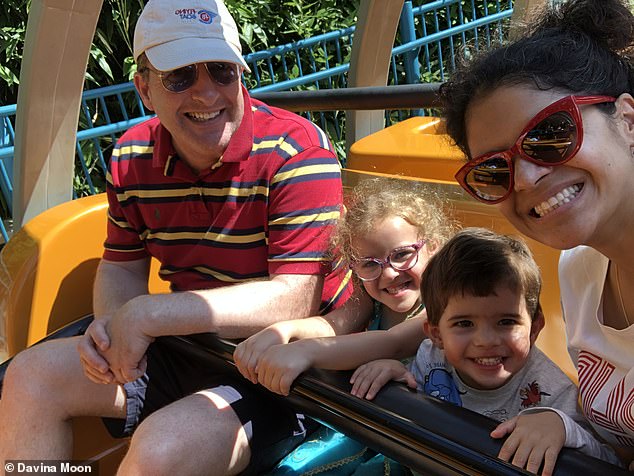 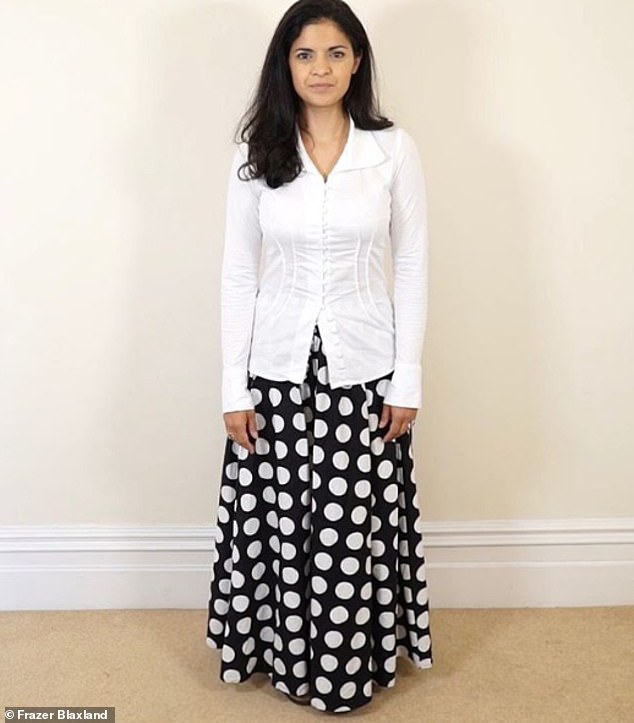 Davina (pictured) who has recently starred in a live action remake of Aladdin, revealed she’s determined to not be cast as the ‘token ethnic’

The actress who is determined not to be cast as the ‘token ethnic’, recently had a small role in the live action Aladdin remake.

She broke into the industry by starring in roles for Asian TV, before being given a standout part in a production featuring a woman who is half Indian and half Welsh.

Davina believes there is still a need for more diversity within period pieces, as people of ethnic minority backgrounds are rarely cast.

Speaking to Femail she said that during her acting career she hasn’t experienced any racism: ‘But I suspect I am in a minority. I think there’s a degree of institutionalised racism and for a long time, no one has wanted to rock the boat. I tend to hear more of black and Asian men experiencing career racism than their female contemporaries. 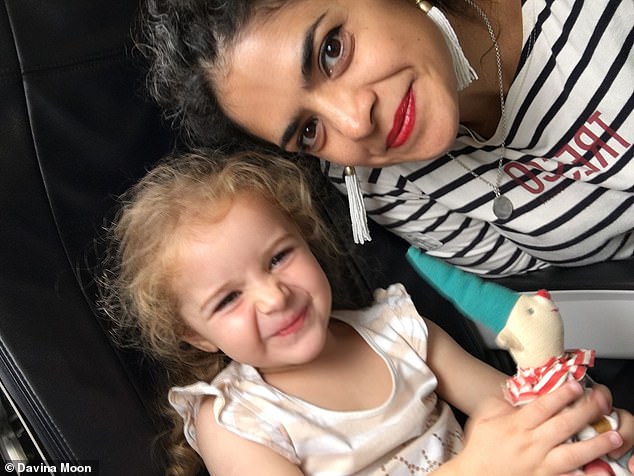 Davina (pictured with her daughter) recalls her father refusing to teach his language, Sinhalese, while she was growing up

‘There are considerably fewer parts in plays, films and shows for non whites and it’s a hard pill to swallow, particularly when you are half white but knowing you will never, and could never, be seen as that.

I recently watched Meera Syal on the Andrew Marr Show where she highlighted the fact that ‘although we’ve made great strides and that theatre has led the charge on diversity, that film and television have some catching up to do and that we see all media reflective of the world we recognise as real and also the world that we want.’

The mother-of-two recounts growing up feeling the expectation of her parents to be as westernised as possible. Davina’s parents came to England at a time when there was prejudice against Irish and black people.

Her father refused to teach she and her brother his language, Sinhalese, as he was part of a generation who wanted their children to have the acceptance they never received. 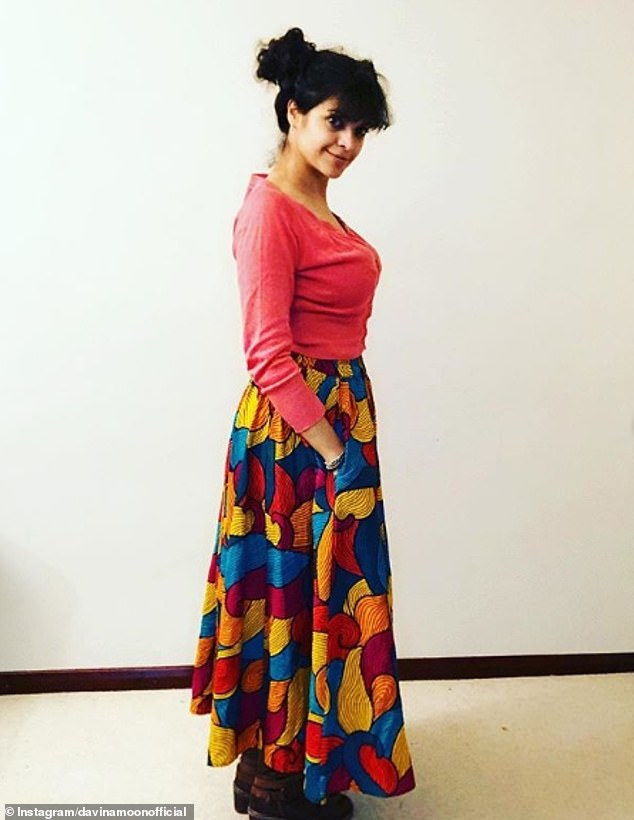 Davina (pictured) says she’s conflicted over answering questions about her background, but does believe that people should take interest in other cultures

The actress believes her chosen career path is directly related to her lifelong search for acceptance, although she now has a strong sense of self worth.

Speaking about the importance of not defining people by their appearance, Davina revealed that she remains conflicted over being asked about her heritage although it’s important to show interest in other cultures.

She said: ‘It’s taken me a long time to accept who I am and I’m just glad that came before I had children, as I wouldn’t want to project any confusion or insecurities on to them.’

While she went on to say that she tries to educate her children about their cultural background: ‘Recently my daughter was at a school holiday club and each day they celebrated a different country. One day was India and I dressed my daughter up in a Lama Sariya (which is sort of a half sari – a skirt and top).

‘She has a book called Children Just Like Me which explores children from different countries, their day to day life and the cultural differences, and she is particularly fascinated with the little girl, Saraya from Tamil Nadu.

‘She’s just coming to the understanding that she is part made up of her Sri Lankan grandfather but my son is too young to understand, possibly even notice.’

Davina will be appearing as Freya in The Snow Queen at The Rose Theatre, Kingston from Dec 5 – Jan 5. https://www.rosetheatrekingston.org/whats-on/the-snow-queen