Since Sydney Manoosh in the western suburb of Chipping Norton started serving the $75 mega pizza, it’s been a hit among guests and is a top pick for small groups and events.

The dough itself weighs 2.5kg and the meal also comes with a 1.25L drink and garlic bread. 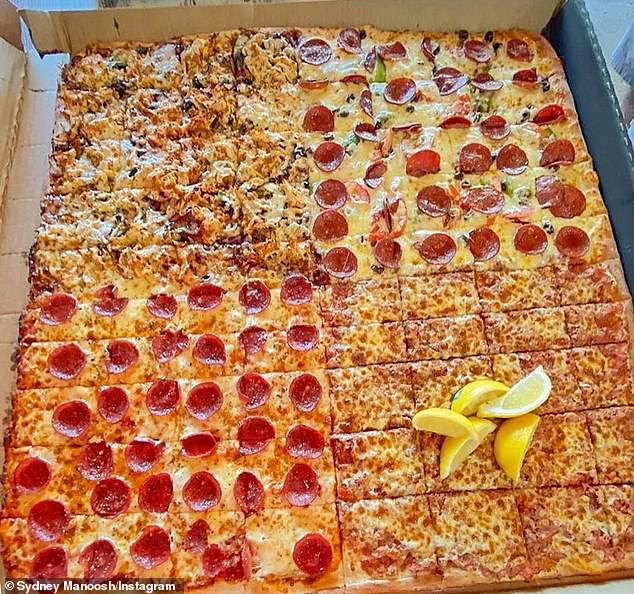 The monstrous feed is quartered to fit up to four different flavours on top, and customers can choose the toppings they desire.

The owners of Sydney Manoosh told Daily Mail Australia the feed is ‘very popular’ and allows the restaurant to differentiate itself from competitors. 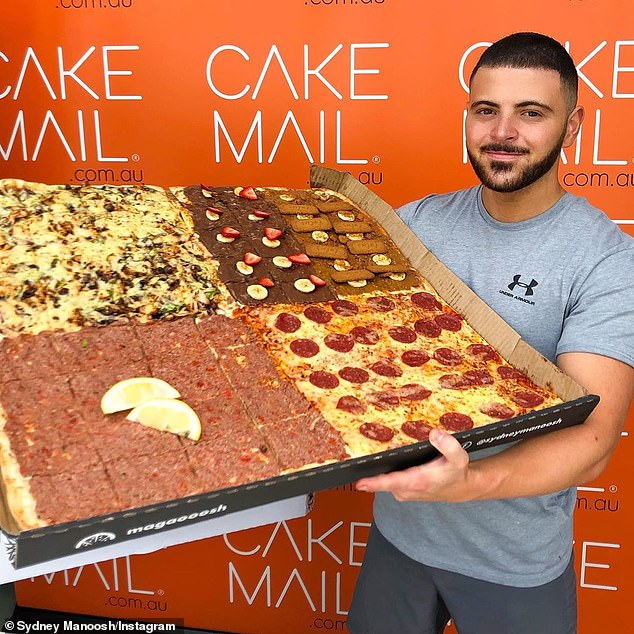 The dough itself weighs 2.5 kilograms and the meal also comes with a 1.25L drink and garlic bread

Customers also have the option to order dessert manoosh pizzas, including Nutella and Biscoff, with edible text as a unique personalised treat.

Since the pizza is so large, pre-ordering it in advance is encouraged to allow the restaurant to prepare.

The highest amount the pizzeria has ever prepared in one day is 25.

After sharing images on social media, customers were quick to respond and tag friends in the comments.

Sydney Manoosh has quickly gained a reputation for serving the huge square pizza, and pride themselves on using the freshest ingredients when making the food.

The restaurant is open every day with varying hours on Monday, Saturday and Sunday, and delivery options are available on Uber Eats in surrounding suburbs.