An Australian doctor has revealed the reasons why the coronavirus is so contagious and explained what you should be doing to stay health and lessen the pandemic’s impact.

Even though new cases are emerging each day, Dr Rochford said for the majority of the population COVID-19 is simply a ‘mild disease’, though everyone should be wary of their personal hygiene and avoid panicking. 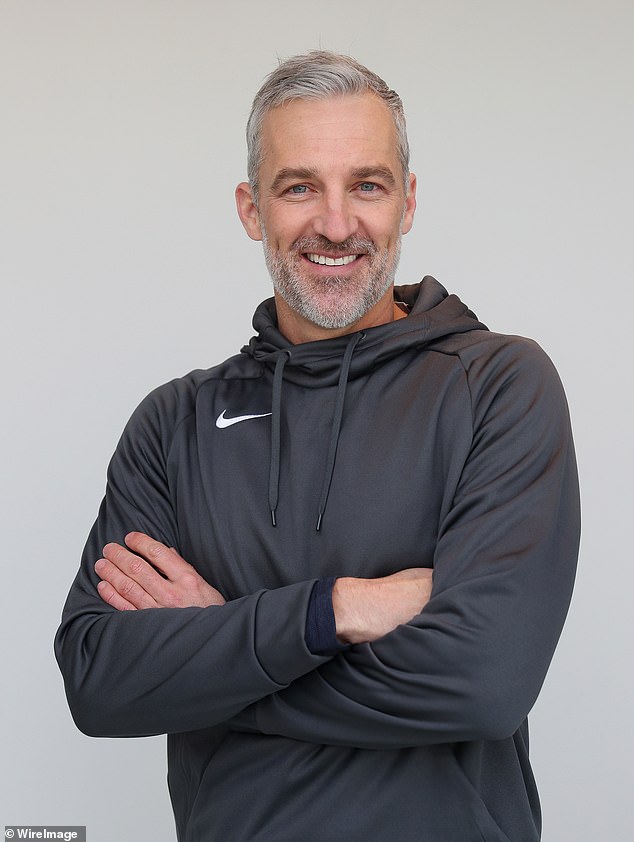 Dr Andrew Rochford (pictured) spoke to Sydney’s Nova 96.9 radio’s Fitzy and Wippa to explain the biggest myths about the deadly coronavirus and what everyone should be cautious of

Why is coronavirus so contagious and why is there so much hype?

As the coronavirus is passed on quickly from one person to another, Dr Andrew Rochford said Australia’s health systems are trying to ‘buy time’ to decrease the spread.

‘Let’s just put it in perspective with things that have occurred: the USA shut down anything coming in from Europe, it’s shut down all its major professional events. The reasons why that is happening is that they are trying to “flatten the curve” [of the spread] – they are trying to make sure the health system isn’t overcome,’ he explained.

‘We need to buy time for the virus to slow down and for vaccinations and other forms of treatment and therapies to catch up because ultimately this happens a lot.’

He said the main reason why this particular virus is spreading so quickly is because ‘none of us have been exposed to it’ before. 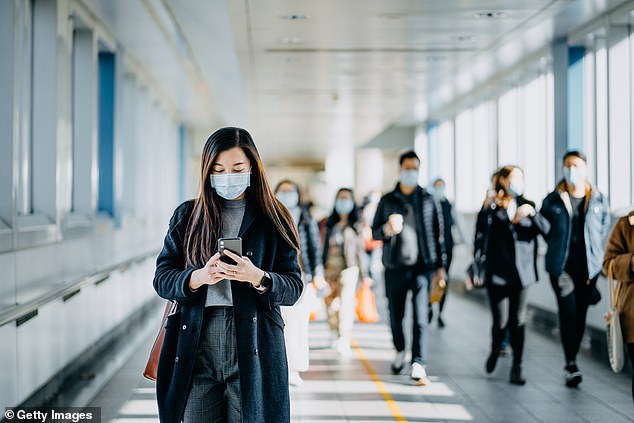 Should pregnant women be concerned?

While few cases have surfaced affecting pregnant women and infants, Dr Rochford said it’s important to be wary of everyone in the general public, as most carriers might be unaware they possess the virus.

‘In more than 80 per cent of cases it is, in fact, a very mild disease. So there is a high likelihood that there’s a lot of people out there that don’t even know they have it,’ he said.

This is quite alarming as newborn babies are at risk of contracting the virus because their immune systems haven’t fully developed.

‘Newborn babies have an immune system that is still trying to develop itself so common sense would suggest that they going to be more risk and also with pregnant women there can be some issues with their immune systems,’ Dr Rochford explained.

‘They’re saying that children weren’t getting [the virus] but they’re saying now that kids can catch it but again, with children it’s a mild disease.’

According to the Harvard Medical School, little is known about the impact of coronavirus on pregnant women.

‘At this point, experts think that pregnant women are just as likely, or possibly more likely, than the general public to develop symptoms if infected with the new coronavirus,’ they advised.

‘Current information suggests symptoms are likely to be mild to moderate, as is true for women (and men) in this age range who are not pregnant.’

There does not appear to be any increased risk of miscarriage or other complications such as fetal malformations for pregnant women who are infected with COVID-19, according to the Centers for Disease Control and Prevention (CDC). 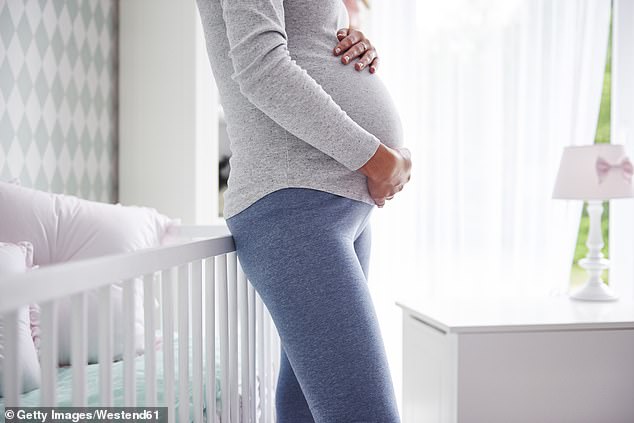 ‘Newborn babies have an immune system that is still trying to develop itself so common sense would suggest that they going to be more risk and also with pregnant women there can be some issues with their immune systems,’ Dr Rochford explained

Should I get tested just in case?

Prior to panicking, consider and understand the difference between the virus and a common cold.

‘Here’s where we can help the health system, everyone who has symptoms of a cold does not need to go to a hospital. That is the moment when we do start to overwhelm the system,’ he explained.

Dr Rochford also said if you have travelled to a certain area or country that is known to contain the virus or potentially exposed to someone who has it, only then should you go get checked. 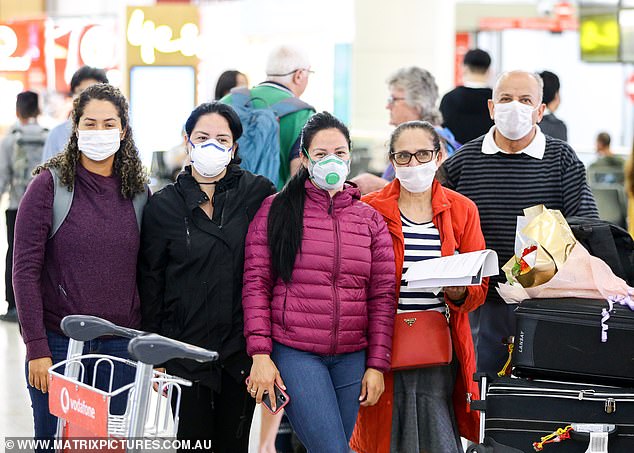 Prior to panicking, consider and understand the difference between the virus and a common cold

Should more be done in addition to cancelling events with more than 500 people?

After the Australian government banned non-essential gatherings of more than 500 people, some are questioning if this is enough to stop or decrease the spread.

Dr Rochford explained a term known as ‘flattening the curve’ when it comes to an epidemic.

He said: ‘An epidemic has a curve, so basically what that means is: if you can imagine a graph, on one side is a number of cases going up and on the bottom is the amount of time, so basically the curve goes out very quickly when a whole bunch of people get that virus at the same time, like Italy’.

He continued to describe how with the coronavirus, at a certain point in the ‘curve’ the health system becomes stressed and overwhelmed with a too many cases and insufficient supplies to cope with the demand – leading to an increase in the death rate.

‘The idea of cancelling events, not shaking hands, washing our hands, trying to get a bit of a social distance is that you flatten the curve – so that the upswing, the number of cases in a short period of time, is less,’ he said. 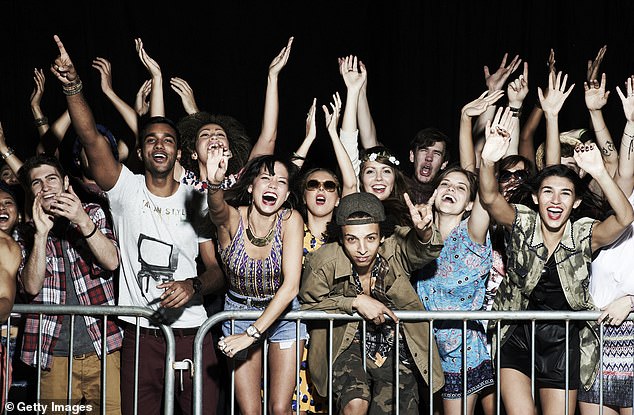 ‘The idea of cancelling events, not shaking hands, washing our hands, trying to get a bit of a social distance is that you flatten the curve – so that the upswing, the number of cases in a short period of time, is less,’ he said

What is Australia’s next step?

‘We have some things on our side; we are an island, we were very quick to slow down the movement in to the country,’ Dr Rochford pointed out.

One essential step the public can do is to ‘not panic’ and the next step for Australia is ultimately ‘containment and mitigation’.

‘Containment is, let’s identify as many people as we can who have had exposure, make sure they’re positive and isolate them to make sure they don’t spread to other people,’ he said.

‘Mitigation is when we start looking at “what are those things we can do to stop mass spread”: social events, sporting events, each and every one of us taking responsibility for washing our hands and distancing ourselves from each other.’