When Coleen Rooney posted this photograph on social media earlier this week — showing her three young children, including baby Cass in his nappy, in a park while seemingly glued to their iPads — she can’t have realised it epitomised a modern malaise.

As a picture, it certainly evokes what is increasingly considered the norm among families across the country: children reduced to mere extensions of the screens they’re connected to, numbing them to what’s going on in the real world.

All around us, we can see just how immune parents are becoming to the sight of children engrossed in their devices.

Of course, many busy mothers let technology take on a child-minding role. Among the online reaction to Coleen’s picture were many parents readily admitting they also fall back on this. 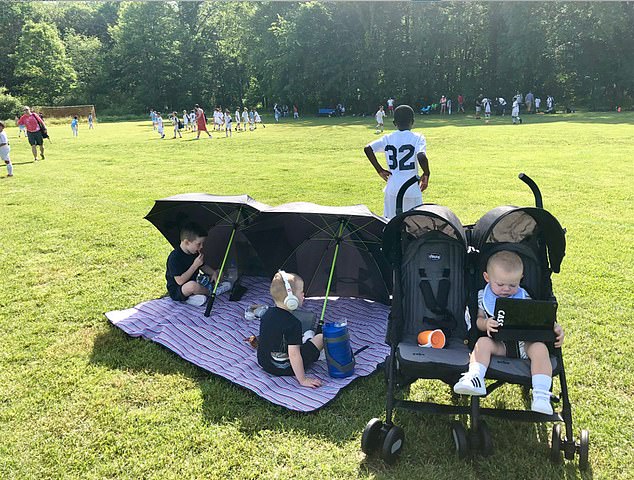 When Coleen Rooney posted this photograph on social media earlier this week — showing her three young children, including baby Cass in his nappy, in a park while seemingly glued to their iPads — she can’t have realised it epitomised a modern malaise

Indeed, research has found that half of pre-schoolers now have their own tablet. The fact that Cass, one, might not even be walking yet, but has his own personalised screen, is a true sign of our times.

This ubiquitous tableau can be seen daily at restaurant tables, on public transport and even in the parks and open spaces where you’d expect children to be more interested in playing with a football than Candy Crush.

You only have to step inside a coffee shop to see for yourself how screens have become as integral a part of childhood as runny noses and a fondness for ice cream. Whether they’re at the table, or parked alongside it in their pushchair, you’re likely to see several minors each glued to their mother’s smartphone or their own tablet.

Who’d have thought we’d hark back to the days of noisy children disturbing the peace with their shenanigans so fondly?

Of course, a snapshot in time does not give us sufficient information on which to judge Coleen without knowing more of the backstory to that image. Who knows, moments earlier, Kit, three, and six-year-old Klay might have been running around in the sunshine; she may well have plonked them in the shade with their screens so they could cool down.

Also, as her post explained, husband Wayne was away, meaning she’d had to drag her three youngest boys to nine-year-old son Kai’s football tournament in Washington DC, where they live, and the game hadn’t kicked off yet.

I’m sure the only point she intended to make was that even when you’re flying solo, the parenting show must go on.

Meanwhile, no one begrudges a mother who’s been up all night with a fractious baby ten minutes to enjoy a cup of tea while it’s still hot and her toddler is engrossed in a game. And watching a film on dad’s iPad will help avoid a long journey becoming fractious. 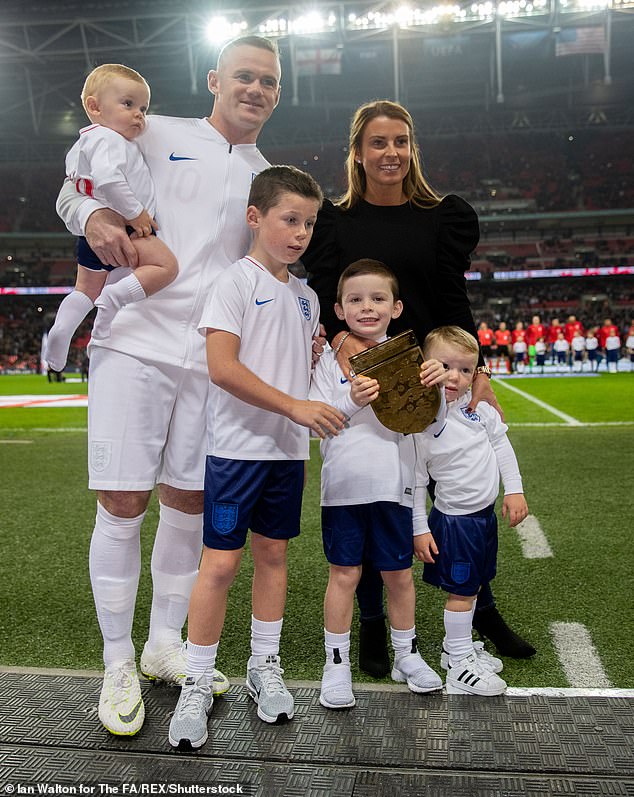 Wayne Rooney poses alongside his wife Coleen Rooney and their four sons, Kit, Kai, Klay and Cass in November 2018

There’ll be days when any busy mother is bound to think: ‘If handing out the screens gives me half an hour’s peace, then so be it.’

Then there’s the fact we live in a digital age. There’s no denying the huge advantages of screen-based technology. It offers brilliant entertainment along with endless opportunities to connect with friends and family as well as providing learning tools for children.

If only its use were limited, then we wouldn’t need to worry. However, the problem now is that for many of us, screens have subtly become the default parenting tool of choice: the pacifier; the entertainer; the distractor; the reward — and if you’re looking to go nuclear when it comes to dishing out punishments, you can ban their use altogether.

Although, as any mother will tell you, that can feel as hard on the parent who’s lost their go-to form of distraction when they need to get things done, as it is on the child who’s being deprived of Minecraft.

Crucially, it’s this overuse of screens, particularly when it comes to keeping our children quiet and distracted, that is robbing them of a basic human skill: how to interact meaningfully with us, their parents, as well as their siblings, other relatives and the people they’ll mix with in the wider world.

And I think we should all be fearful of what the implications of that are for our society’s future. Everywhere on social media, there are posts of children with their heads down, engrossed with what’s on those screens, without even lifting their faces to see why mum’s got her camera out.

There’s no face-to-face contact with each other; they have zero interest in the sights and sounds around them. Excessive screen time doesn’t just disconnect children from the world, it fractures their familial relationships, too.

I won’t attempt to claim that there was ever some golden age of the family. Raising children has always been a less-than-perfect endeavour. But I do think that the digital age is eroding the opportunities for families to interact with each other.

And as today’s children become tomorrow’s parents, that’s a problem that’s only going to get worse. As it is, parents often write to me, as director of charity Care For The Family, for help as they struggle to connect with their offspring. One mum admitted she rues the decision to give her boys — aged ten and 12 — smartphones. ‘It’s a running battle to get them to do anything, even putting them down for long enough for us to enjoy a meal together,’ she railed. ‘I wish the phones had never been invented.’ 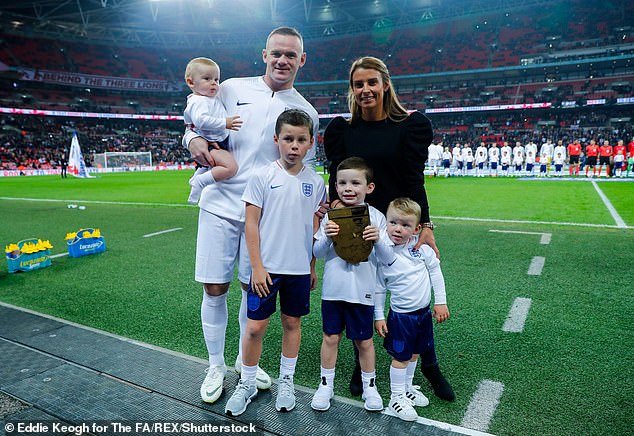 Another echoed those same sentiments in an email to me yesterday. She said this half-term is being destroyed by arguments over screens. ‘I’ve taken the week off so we can go on walks and enjoy lovely days out together,’ she says. ‘But the children just want to be on their phones, and so far I’ve spent the whole holiday nagging them.’ Of course, the facetious answer would be: ‘Take the screens off them.’

While the TV presenter Kirstie Allsopp has a more permanent solution — last year she smashed her children’s iPads after they got in the way of family time.

But it’s not as simple that. Pandora’s Box has been opened and there’s no way of putting technology back inside it now. And nor would we want to.

However, we do need to reduce the firepower of the screens that sit inside our parenting arsenal.To help counter this, I encourage people to set boundaries early. After all, there are even apps targeting babies.

And so, nor should it ever be too early to teach our children how to have a healthy relationship with smartphones and tablets. As it’s a life skill, it’s important we teach it just like crossing the road or tying shoelaces.

If you’re concerned that screens are damaging how your family interacts, consider days out where you all — parents included — leave your phones at home.

You can also agree where, and when, it’s OK for your child to use their screens, in ways that align with your own family’s values — so, perhaps yes to an hour after homework, but never at dinner.

Stand firm and remember: we’re our children’s parents and not their best friends.

Above all, you can be the best example when it comes to screen time. There’s little point in getting to a position where they’re able to connect better with their family if you’re too distracted with your own phone to interact with them.

Katharine Hill is the author of Left To Their Own Devices? Confident Parenting In A World Of Screens, published by Muddy Pearl.