A woman who has been wearing the same hairstyle for entire adult life rang in her 50th birthday with a head-to-toe ambush makeover.

Donna Bowers, a third-grade teacher from Madisonville, Tennessee, proudly showed off her new glamorous blonde ‘do after Today lifestyle contributor Jill Martin and celebrity hairstylist Louis Licari plucked her from the crowd in the Today show plaza on Thursday.

In order to attract their attention on her milestone birthday, Donna carried a sign that was covered with school pictures that show her rocking the same exact hairstyle year after year. 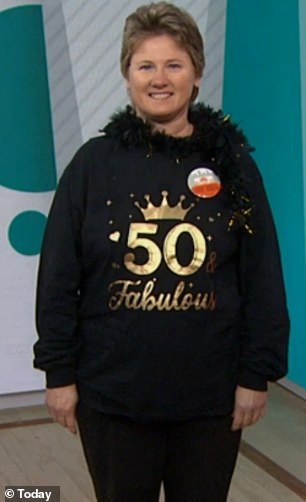 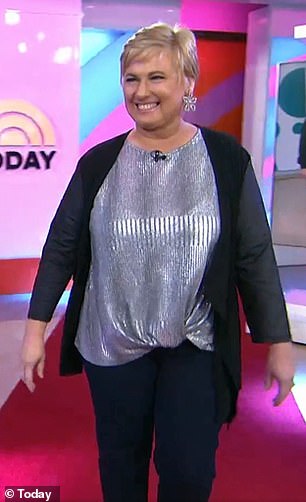 Then and wow: Donna Bowers from Madisonville, Tennessee, received an ambush makeover on the Today show on Thursday while celebrating her 50th birthday in New York City 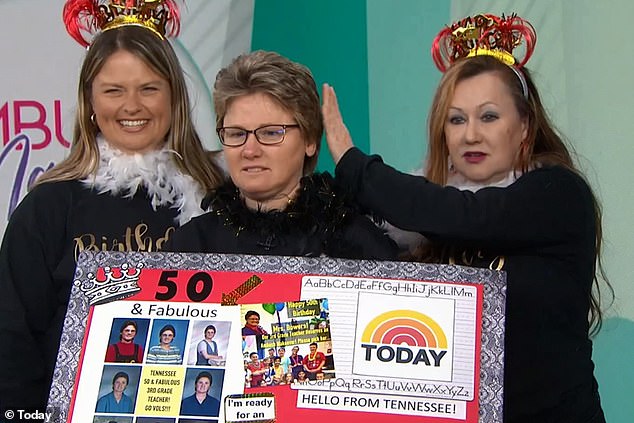 Needing a makeover: The teacher was joined by her best friend Tina (left) and sister Sharon (right), who pointed out that she has ‘looked the same way her entire life’

‘I’ve taught third grade for 23 years. I don’t wear makeup. I never change anything. I wear the same outfits. I just want to have something different,’ she explained before meeting with the show’s glam squad.

Donna traveled to New York City with her best friend Tina and her sister Sharon as part of her birthday wish to go to the Today show and appear on the ‘Ambush Makeover’ segment.

‘My sister is always helping and serving and doing for others, and she never does for herself,’ Sharon said, explaining that her sister definitely needed to change up her look.

‘I love her to death, but she’s looked the same way her entire life. When you look at the pictures, you can see she has always worn her hair parted back, feathered,’ she said. ‘I would love to see her with some bangs, you know?’ 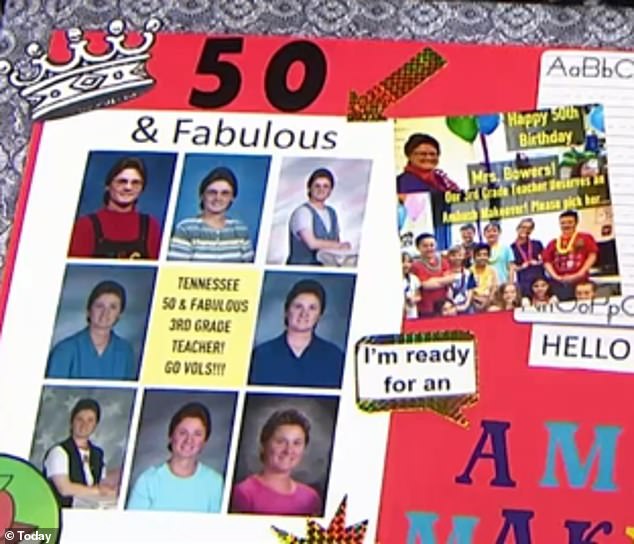 Stating her case: Donna carried a sign that was covered with school pictures that show her rocking the same exact hairstyle year after year 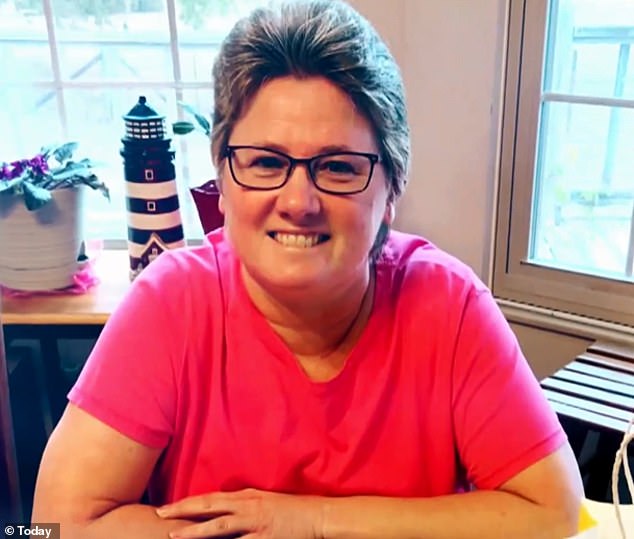 Motivation: Donna, who has been teaching third grade for the past 23 years, she wanted to update her look because she never wears makeup or new clothes

Sharon and Tina were in for a shock when Donna stepped on stage with a new cut, color, and style — plus a fabulous outfit.

They couldn’t stop screaming and falling all over each other after they took off their blindfolds and saw the birthday girl’s transformation.

‘She’s got heels on!’ Sharon said in shock.

Donna was just as stunned when she turned around and looked at herself in the mirror for the first time since her makeover.

Her hair was still short, but she was given layers, bangs, and a side part that added a modern update to her cropped locks, just like her sister wanted. 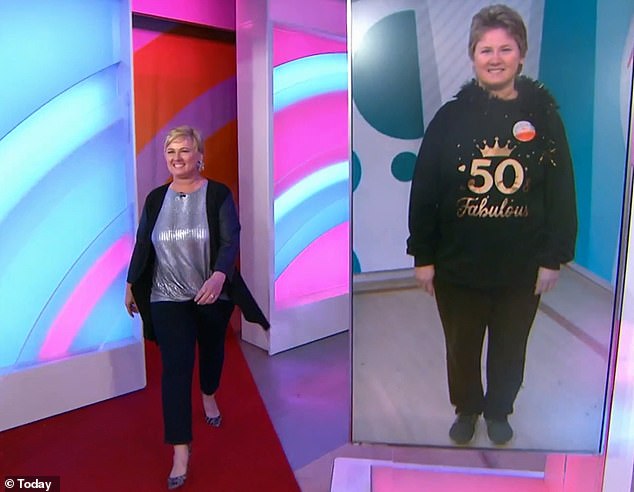 Beautiful: Donna was the picture of confidence when she stepped on stage after her makeover 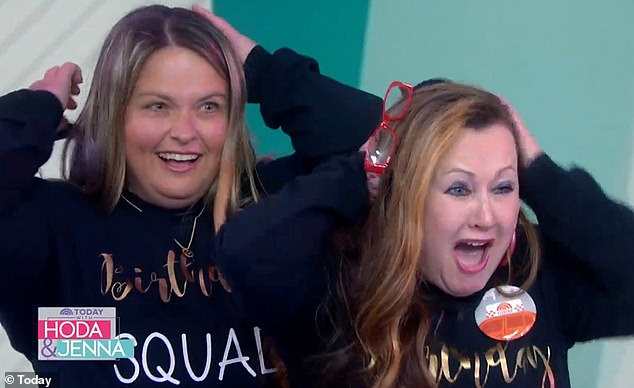 Loving it: Tina and Sharon went wild when they saw her transformation for the first time 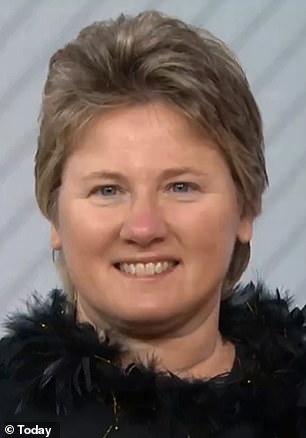 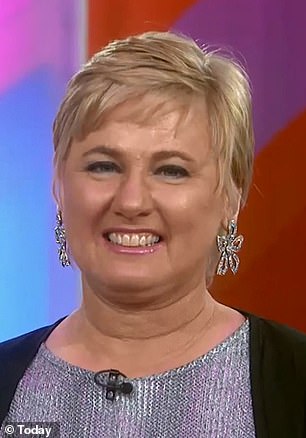 New ‘do: Donna’s brown hair was dyed blonde, cut into layers, and parted to the side

Louis said he opted to make her hair ‘noticeably blonder,’ explaining: ‘With short hair like this you can be a little more frivolous with your hair color, be a bit bolder.’

As for her outfit, Jill dressed Donna in a slouchy black jacket, a sparkly silver top, and slim-cut jeans, pulling the look together with leopard heels and statement earrings.

‘We practiced the walking in the heels,’ the stylist said.

Today anchor Hoda Kotb joked that they were going to ‘need EMTs and oxygen’ because Sharon and Tina were ‘fainting’ over Donna’s new look. 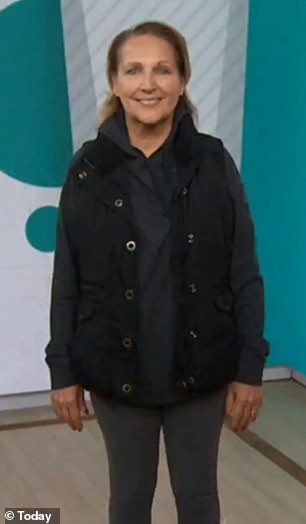 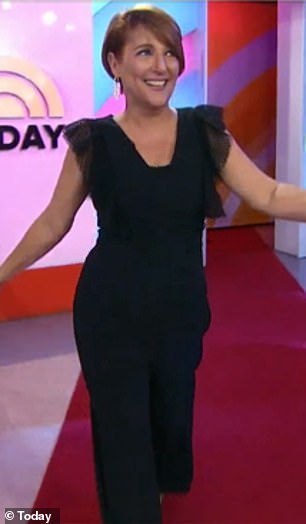 Before and after: Lori Hambright, 58, from Davenport, Iowa, also received a makeover on Thursday morning’s show 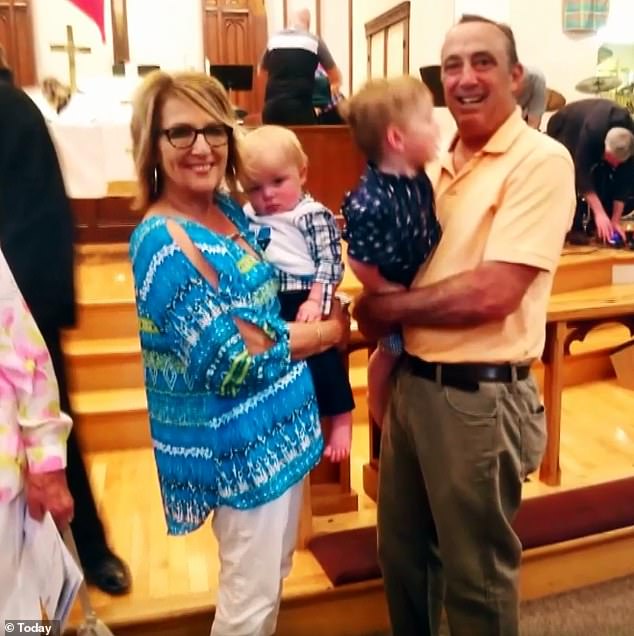 Needing help: The grandmother of three explained that she was ‘kind of in a rut’ after doing other people’s hair for almost 40 years

The grandmother of three explained that she was ‘kind of in a rut’ after doing other people’s hair for almost 40 years.

‘My hair’s kind of medium length, and I just want something new to reinvent myself,’ she said. ‘I really wanted to do this. I know everybody says this, but it’s on my bucket list.’

Lori admitted her husband Brad was a ‘little reluctant’ to get up early and camp out in the Today plaza, but it was worth it.

The mom was the picture of confidence when she stepped on stage rocking a black jumpsuit and short red hair.

Lori’s husband almost had to do a double-take when he took off his blindfold and checked out her new look. 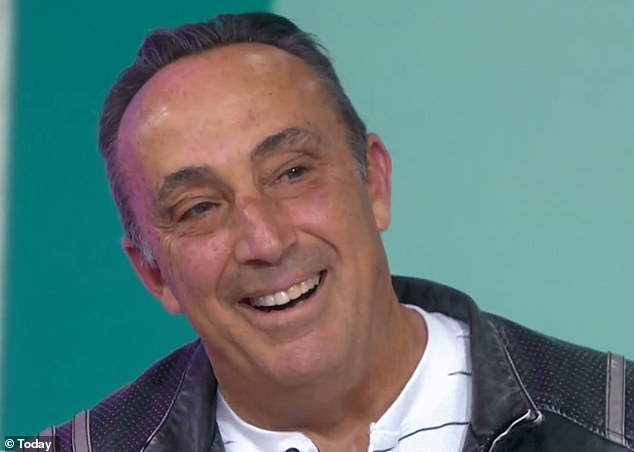 Impressed: Lori’s husband Brad said he loved her new short hair when she stepped on stage 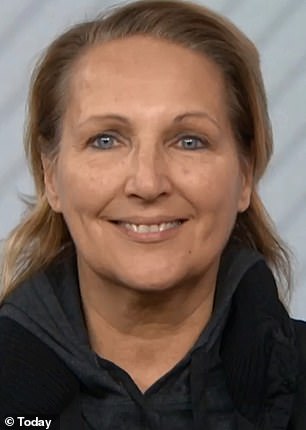 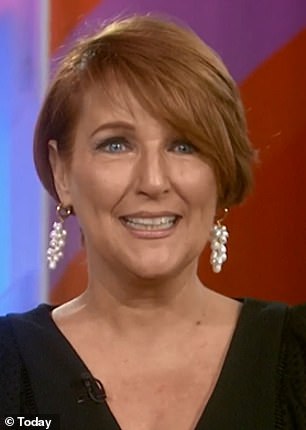 Stunning: Lori’s medium-length hair was cut short and dyed red to bring out her blue eyes

‘It’s never been that short. I love it,’ he said of her hair.

Lori was thrilled when she turned around and looked at herself in the mirror while Hoda gushed: ‘You look hot.’

‘Short hair can be savvy, sexy, [and] feminine,’ Louis said of Lori’s new cut and color adding: ‘And, of course, to show off those blue eyes, red was the only option.’

Jill dressed Lori in a sleek jumpsuit that she accessorized with dangly pearl earrings and a large gold cuff.