A pair of $30 ‘mum’ jeans from Big W that flatter every size and body shape are quickly selling out across Australia, placing them among the nation’s top-selling pieces of denim.

The discount department store has been struggling to keep stock of ‘The 1964 Denim Company Women’s Mom Jeans’ since they launched in March thanks to their comfort, versatility and remarkably reasonable price tag.

Made from cotton and elastane, the jeans sit right on the waistline and hang loosely over the legs with a straight but relaxed fit, making the body appear taller and slimmer.

The design has fully functional front and back pockets, folded ankle cuffs and a fly that closes with a zip instead of buttons, which makes the stomach look flatter.

The 1990s-inspired style has proved so popular it’s completely sold out online and in most brick-and-mortar stores, but Warringah Mall in north Sydney still has a limited number of size 10s in stock. 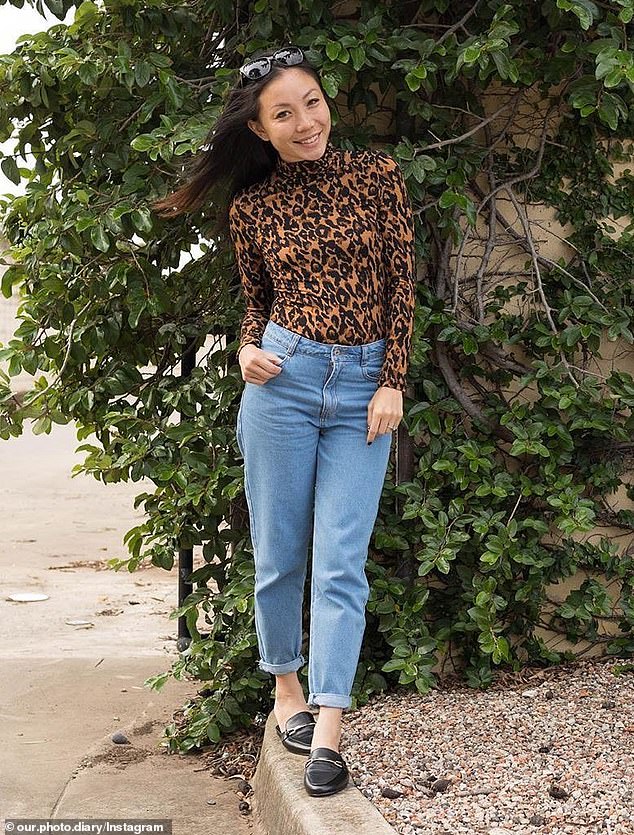 Australia’s favourite jeans? Sydney blogger Jen – who posts as ‘Our Photo Diary’ – wears the $30 Big W ‘mum’ jeans, which sit right on the waistline and hang loosely over the legs 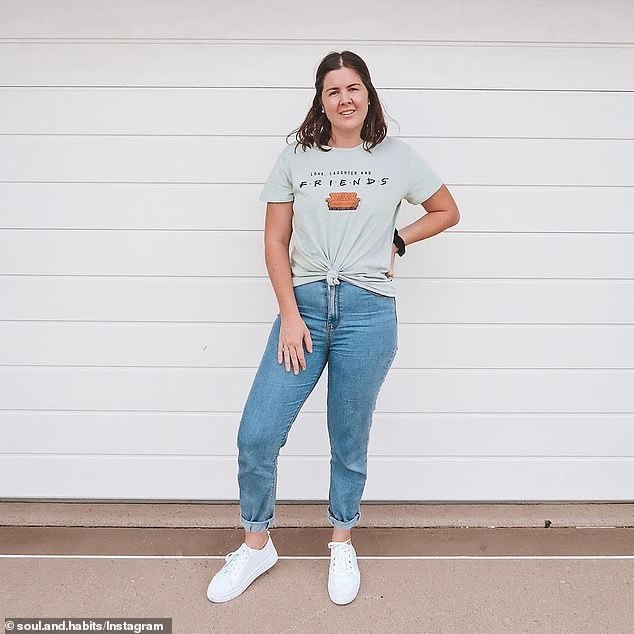 Care instructions for the jeans advise washing them alone for the first three washes to remove excess dye from the denim which could transfer and stain other clothes.

Shoppers have been raving about the jeans since they launched on Instagram in March, with many praising their comfort and affordability.

‘These look super cheap and comfy,’ one woman said on a promotional photo posted on March 8.

Others said they were thrilled to see the revival of the relaxed ‘mum’ trend, which reached its peak in the mid ’90s. 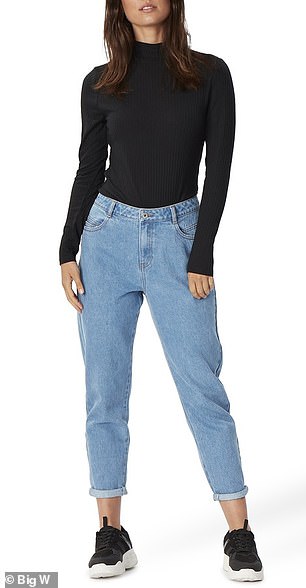 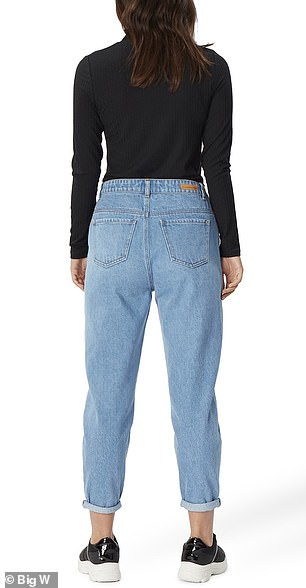 Why fashion insiders swear by tailoring their jeans

Most women take blazers, suits and dresses to be tailored without a second thought, but denim is not usually awarded the same treatment.

Back in 2014, Kim Kardashian West famously paid stylist Los Angeles Cornelius Clay the princely sum of $5,960 AUD a day to alter her denim whenever she needed.

Thankfully, tailoring for mere mortals is decidedly more affordable, with a basic hem turn-up costing around $15 AUD and more dramatic structural changes to the legs or waistline running up to $100 AUD.

Here’s what you should remember before buying or tailoring jeans.

1. Tailors are not miracle workers

It’s important to remember that tailors are not miracle workers. They can fix a lot when it comes to jeans, but not everything.

The rise – where the waistband sits on your body – the hips and the crotch are three notoriously difficult areas for a tailor to alter, something you should keep in mind when you’re shopping for your next pair.

Changing the length of the fabric and slimming the legs of the jeans are both easily done.

2. Wash denim inside out in cold water

Before taking denim to a tailor, was the fabric inside out a few times in cold water and leave it to air dry. This prevents your jeans from shrinking in the future after you’ve gone to the trouble and expense of having them tailored.

3. Bring shoes to the alteration

Particularly if you want to shorten your jeans. Wear the shoes you plan to wear most with the jeans to help the tailor mark the right length to alter. 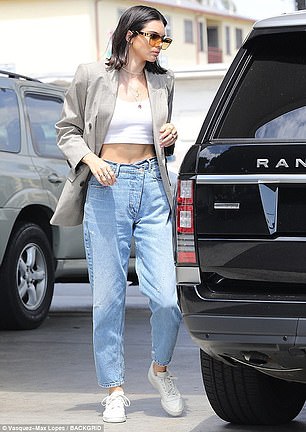 ‘Mum’ jeans were relegated to the backs of wardrobes for more than a decade afterward, during the early Noughties when perilously low-rise denim was the only cut to be seen in.

The look was revived by social media influencers and catwalk megastars like Bella Hadid, Emily Ratajkowski and Kendall Jenner, who regularly sling the slightly over-sized fit over their model frames, flashing a glimpse of their slender torsos.

Such is Jenner’s love for the ‘mum’ silhouette, she last year declared to be officially done with wearing any other style.

‘Super skinny jeans are not my vibe right now,’ she told ELLE at the launch of Tiffany & Co.’s Sydney CBD store in April 2019.