The Australian newspaper has come under fire after it appeared to make a female cricket star who is almost the same height as her male sporting peer look much shorter.

A furious row has erupted over the positioning of photos of Australian sport stars David Warner and Ellyse Perry on the front cover of Tuesday’s edition of the newspaper, which is owned by the News Corp Australia Network.

The two cricketers were pictured together at the 2020 Cricket Australia Awards on Monday evening, with Perry, wearing heels, towering above Warner.

However, the published photo montage used two individual shots of the cricketers and elevated Warner, 33, above Perry, 29, in the height stakes. 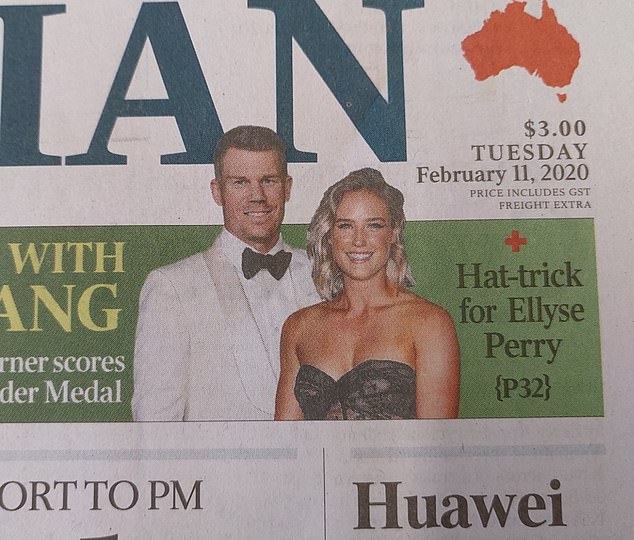 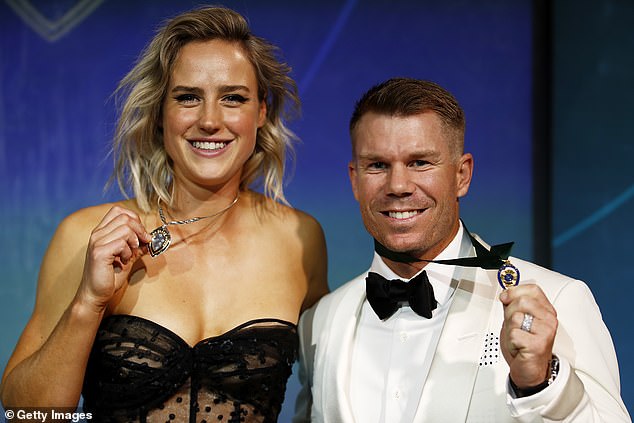 Photos taken at the 2020 Cricket Australia Awards in Melbourne on Monday night showed that Perry, wearing heels, actually looked significantly taller than Warner at the event – which has sparked accusations of sexism on social media directed at The Australian

Cricket Australia says that without heels Perry stands at 176cm, while Warner is 171cm – but the positioning of The Australia’s front cover photos makes her appear significantly shorter than her fellow player.

The pair were both winners at the awards, with Warner picking up his third Allan Border Medal while Perry won her third Belinda Clark Medal as the best men’s and women’s players respectively.

On Twitter, people called the way the photos had been placed as  ‘misogynistic’.

@20thCenturyDan wrote: ‘I guess we can’t have a woman looking taller than a man now, can we?’

@MrMiyag32432501 added: ‘It’s also telling men they are ‘less man’ unless they are taller than a woman. It is damaging either way.’ 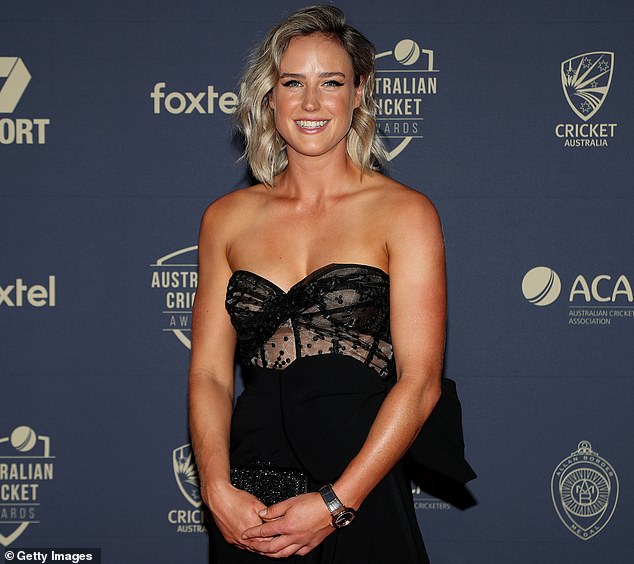 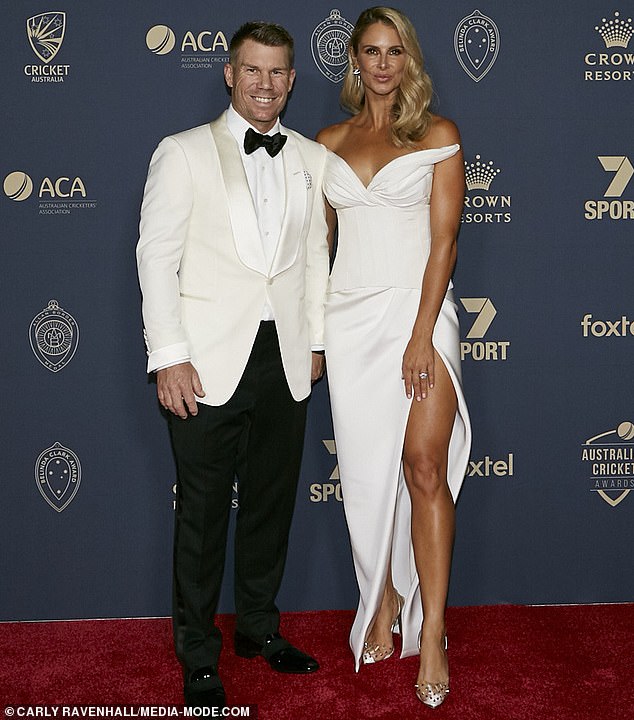 And this is the photo of test batsman David Warner that made the cover, with his wife Candice cut from the photo

However,  Jai Bednall, a journalist on news.com.au, which is also owned by News Corp Australia Network, defended the positioning of the photographs.

He wrote: ‘When deciding how to arrange the two separate photographs, the artist would have placed Perry in front of Warner because he could etch cleanly around her shoulders. Warner’s left side was pressed up against his wife, so he was placed behind Perry.

And the decision on how tall to make him? It likely wasn’t a decision at all.

Maybe the artist just felt like it looked better with the person on the left being slightly elevated. Just like the day before when 160cm Scarlett Johansson was made to look taller than 170cm Al Pacino (and no one got upset).’