Ruby Wax has claimed she was ‘thrown out’ of showbusiness during her battle with depression, but admitted she probably would have ‘harmed herself’ if she’d stayed working in TV.

The American-British comedian, 67, has been open about her battle with clinical depression over the years, and in 2013 graduated with a master’s degree in mindfulness-based cognitive therapy from Kellogg College at Oxford University.

Appearing on the Crisis What Crisis? podcast, hosted by Andy Coulson, she told how she ‘lost her mojo’ while struggling with her mental health on television, and admitted it severely bruised her ego to be replaced.

However, the Girls On Top actress went on to stress that she’s glad her showbiz career came to an end when it did, as she may well have ‘harmed herself’ if she’d ended up on reality TV, which she believes would have been the inevitable next step. 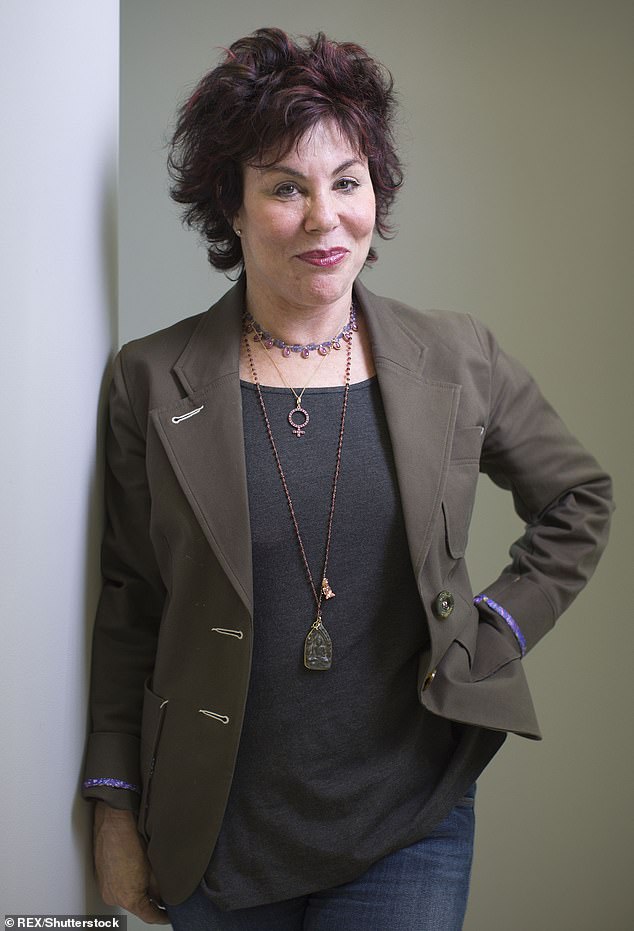 Ruby Wax says she was ‘thrown out’ of showbiz during her depression battle, but thinks it would have been a ‘tragedy’ if she’d kept taking television jobs 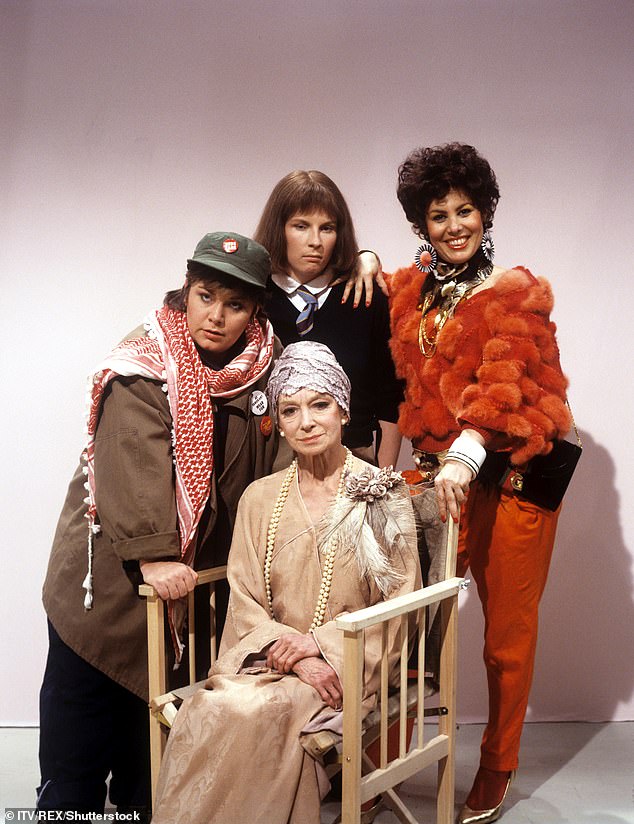 Comedian Ruby wax had a popular BBC2 chat show spanning from 1997–2000, starred in sitcom Girls on Top (pictured) and appeared in two episodes of Absolutely Fabulous

When asked by Coulson about her decision to distance herself from showbiz, and throw herself into understanding mindfulness and her study of psychotherapy, she said: ‘I was thrown out of it.’

When pushed further, she explained: ‘It was a mutual agreement, I started to hit depression while I was on TV, and that made it really difficult.’

The TV personality said her mental health meant her ‘brain was shutting down’ and she could no longer perform in the way she used to.

‘I started to do a daily show and then I did some horror shows and then some sell out game show,’ said Ruby. 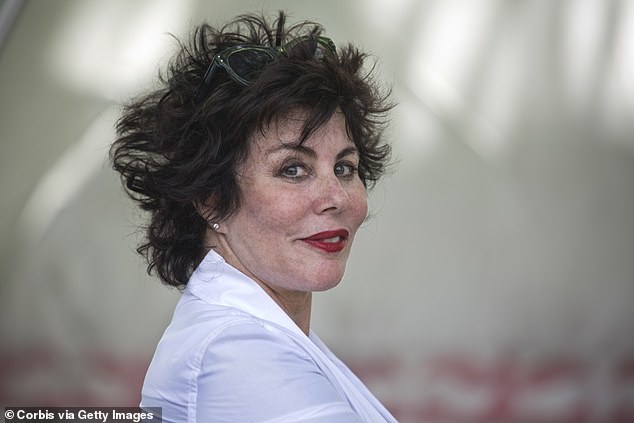 ‘I couldn’t think of any funny lines, which meant my brain was shutting down and someone had to feed me funny lines through the speaker and panic was setting in.

‘It shows I lost my mojo and coincidentally, I was replaced, and that really tears your insides out because of your ego.’

However, Ruby said she is glad she left showbiz when she did, and believes she could have been ‘eating a cockroach on an island’ by now if she had kept on taking jobs.

She explained: ‘If I was still on TV I would be on wherever you eat a cockroach on an island and probably harmed myself in some way because I’m too smart.

‘I would have caught myself saying “look you loser” because as a woman you’re not allowed to age on TV. I have a different technique, just keep moving forward.’

Ruby went on to call her studies in psychotherapy a ‘life raft’, which she finds far ‘more exciting’ than her life in television. 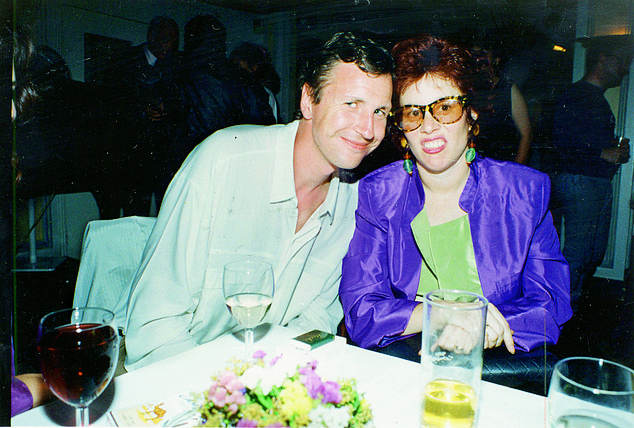 Ruby recalled a time her husband Ed Bye, 65, (pictured with Ruby in the 1980s) took her from the Priory in her pyjamas to a course on mindfulness

‘If I was doing it now, it would be a tragedy,’ said Ruby. ‘There would be such unhappiness, I wouldn’t come out of an institution you could visit me in there.

‘I know when there’s a life raft, I jumped on that neuroscience like a mother, and it was totally exciting, more exciting than television.’

Ruby told that there was no ‘epiphany’ which helped her overcome her mental health disorder, and that at some points she didn’t know ‘whether to have a manicure or jump off a cliff’.

‘I have depression and I don’t think that’s an illness’, said Ruby. ‘You can’t stop that with therapy, you have it.

‘When I got depression 15 years ago and it was a big one, there was no epiphany, when you have depression you have no mind. 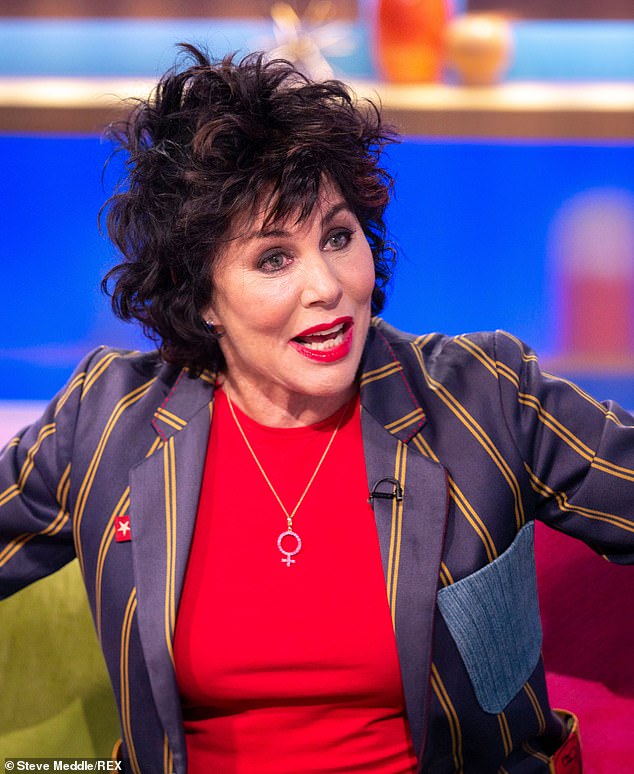 The actress, pictured last year, went on to stress that she’s glad her showbiz career came to an end, as she didn’t ‘harm herself’ after ending up in reality TV

‘That’s why it was a waste of time for me to do therapy, because you’re out of town. You can’t decide whether to have a manicure or jump off a cliff, it’s the same, you have to wait for that to pass, for the devil to leave town.’

It was during this period of depression that Ruby discovered mindfulness and cognitive therapy, recalling a time her husband Ed Bye, 65, took her from the Priory in her pyjamas to a course on mindfulness.

‘Ed used to come and pick me up from the Priory,’ said Ruby. ‘And I’d put a coat over my pyjamas and everyone would say “You’re so brave” and he took me to a four week mindfulness course.