A devastated retired nurse has opened up about how she was scammed out of almost $100,000 after falling for a man she met on a dating website.

Single mother-of-three Marjan de Wilt, from Adelaide in South Australia, struck up an online relationship earlier this year with a ‘charismatic’ businessman she knew as ‘Kyle’.

Appearing on Channel 10’s The Project, the 69-year-old revealed how she lost her life savings after she unwittingly became involved in a cruel romance scam. 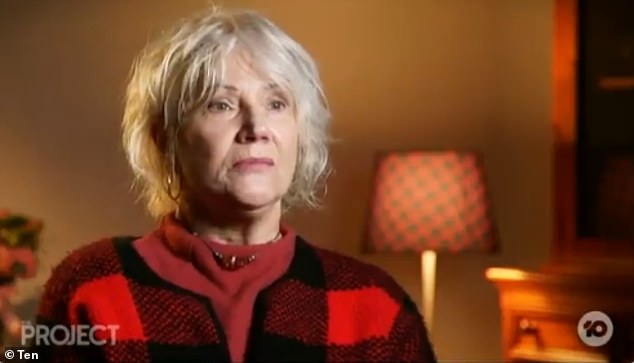 Single mother-of-three Marjan de Wilt (pictured) has opened up about the moment she was swindled out of nearly $100,000 after falling for a man she met on a dating website 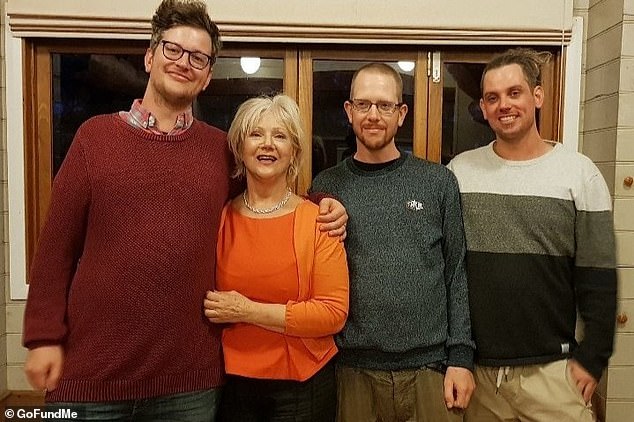 When the devastated 69-year-old mother (pictured with her three sons) realised she had become the victim of an online romance scam, she told her son Marcel (far left)

‘There is no doubt it was a game being played very well and I was drawn in beautifully to the seduction,’ she told the show.

‘There are challenges for people of my age to get to know others who might be single so I thought I’d try the online dating.’

Shortly after setting up her dating profile, Marjan met ‘Kyle’, a ‘successful’ businessman who claimed he was also from Adelaide but had been spending years travelling the world for work.

‘I liked his photo, he was charismatic, and I believed that the generous person that was depicted would be the perfect partner,’ she said.

‘Everything was very seductive, an ideal picture he had painted for me.’

She said he convinced her he was ready to return to Australia to be with her. 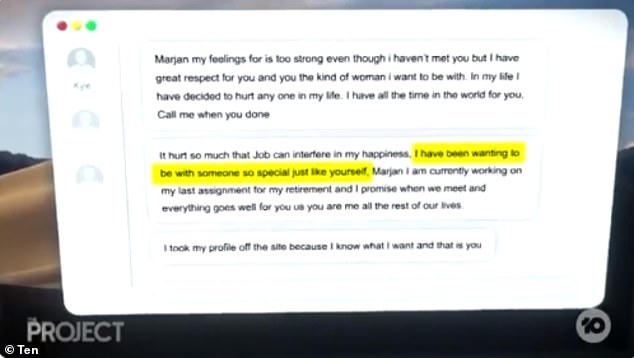 Marjan shared romantic messages from Kyle, who convinced her he wanted to be with her 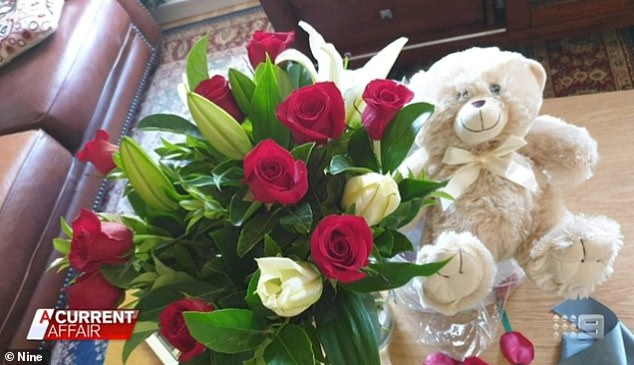 As their romance blossomed online, he spent weeks building her trust by sending gifts to her home such as roses, a teddy bear and even bath towels with her name embroidered on them

During their message exchange, Marjan said he made her believe he was coming home to see her by sharing his flight tickets, which she eventually learned were fake.

But as their romance blossomed online, ‘Kyle’ spent weeks building her trust by sending gifts to her home such as roses, a teddy bear and even bath towels with her name embroidered on them.

However, it wasn’t long until he started asking her for money – all while convincing her to keep their relationship under wraps.

‘I do not want your family to know this,’ Kyle said in one of the messages to Marjan.

He started making up excuses about why he needed more money, including how he was detained so he needed the cash for his passport, as well as convincing her he would invest her money so they’d be ‘set up for life’. 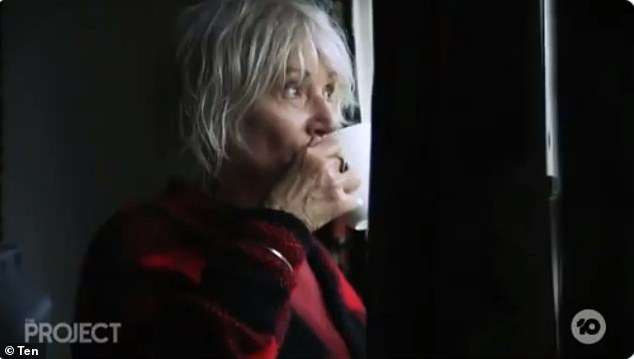 After more than two months, she had already sent him $78,000 from her bank accounts and superannuation, along with $20,000 from her credit card.

‘I didn’t want to tell anybody. I could not believe that I had found myself so destitute,’ she said.

‘It’s easier for people to say “this person looks too good to be true”. I realise now that I was being slowly brainwashed by professional criminals.’

When the devastated mother realised she had become the victim of an online romance scam, she told her son Marcel Blanch-de Wilt.

Marcel said he was was ‘gobsmacked’ when he looked through his mother’s bank statements to find she had been scammed out of nearly $100,000.

The mother and son have tried to report the matter to the police but there was nothing they could do because the fraudulent scam occurred overseas.

Marjan previously told Channel Nine’s A Current Affair that Kyle had ‘projected’ a profile of a ‘lonely person’ whose wife died five years ago.

‘I felt he was a completely honest person… I guess I was naively romantic,’ she said.

‘When one hears of someone in a very difficult circumstance, it’s very hard to say no.’ 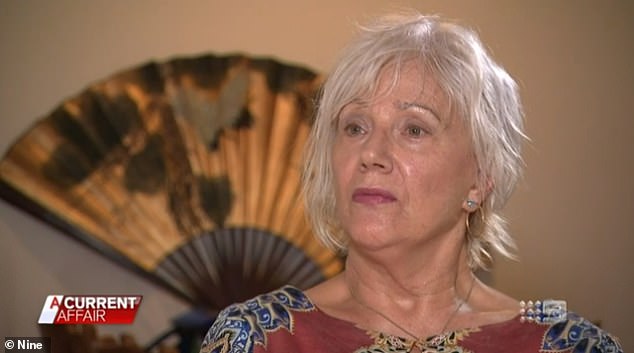 Knowing his mother will never see the money again, Marcel has set up a GoFundMe page in a bid to help get her back on her feet.

‘Over two months she was scammed by criminals overseas, so there is no chance of the money being returned. The criminals were experts and targeted my mother’s good nature and generosity.

‘She believed her money was being invested and would help provide for her family. She has committed her life to putting others first and it was taken advantage of.

‘My mum has a heart of gold as you can imagine, she has been left shattered, heart-broken, and embarrassed by these cold-blooded thieves.

‘We don’t want the criminals to win. We don’t want our mother to lose hope in the world. Please donate whatever you can.’

Brainteaser challenges puzzlers to find the BBQ amongst the burgers, hot dogs, steaks and ribs