A recovering anorexic has credited an eat-all-you-can-eat buffet with helping her in her fight against the eating disorder.

Talia Sinnott, 21, says that visiting the Cosmo World Banqueting restaurant in Wolverhampton city centre gave her a sense of control over the food she was consuming.

The university student has battled anorexia for six-and-a-half years and has poured her experience into a blog read by thousands of people on Instagram, where she has more than 10,000 followers. 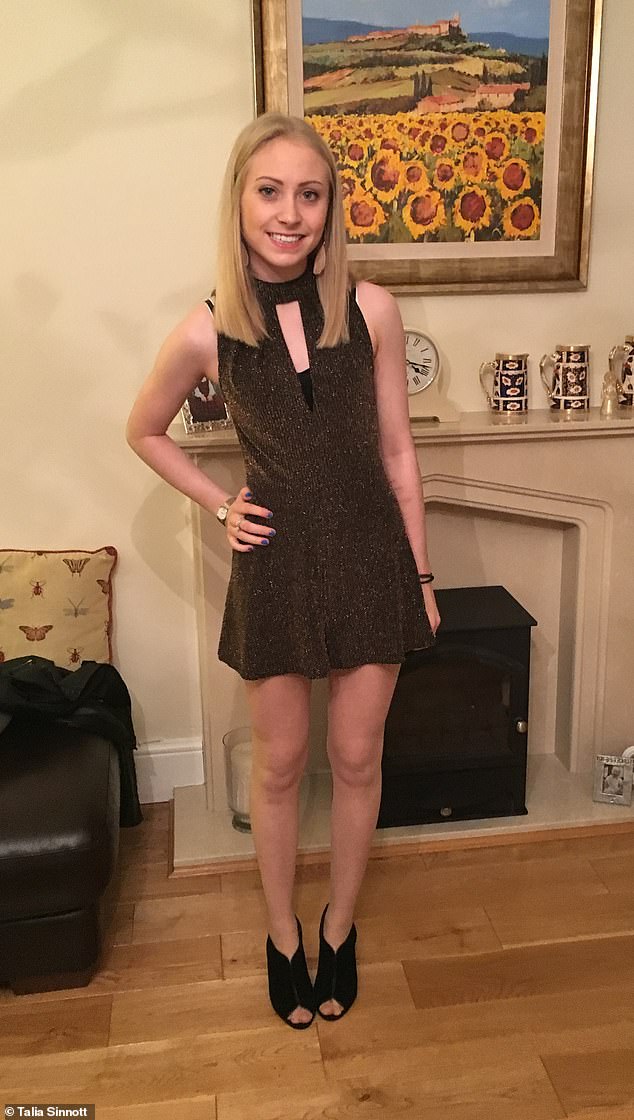 Talia Sinnott, 21, says that visiting the Cosmo World Banqueting restaurant in Wolverhampton city centre gave her a sense of control over the food which she was consuming. Pictured in 2015 after being released from hospital at a healthy weight

On five occasions as a teenager, Talia was admitted to specialised eating disorder clinics, and in 2016, she was diagnosed with pneumonia and her organs started to fail.

Speaking of falling ill, Talia said: ‘I was having a difficult time both at home and at school when I was 15 years old.

‘I was being bullied and I took it personally; I thought that there must be something wrong with me as a person – maybe I was a rubbish friend and daughter?

‘I thought that, if I lost a bit of weight, I would be liked more and I turned to food as a control mechanism. Things seemed to happening around me that I couldn’t control – but food was something that I could. 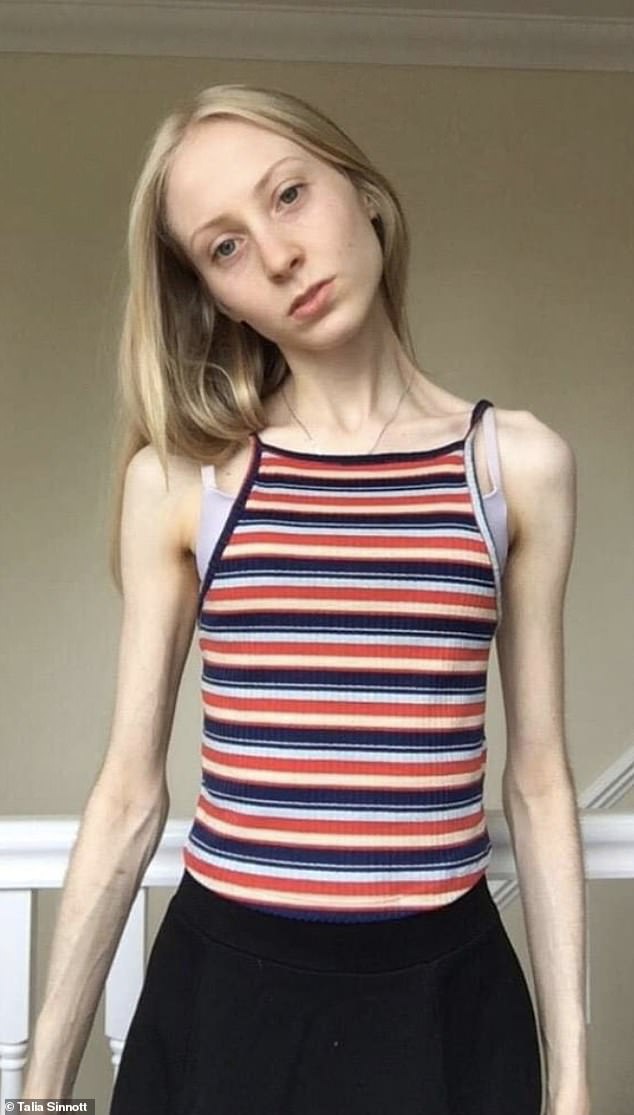 On five occasions as a teenager, Talia was admitted to specialised eating disorder clinics and in 2016, she was diagnosed with pneumonia and her organs started to fail 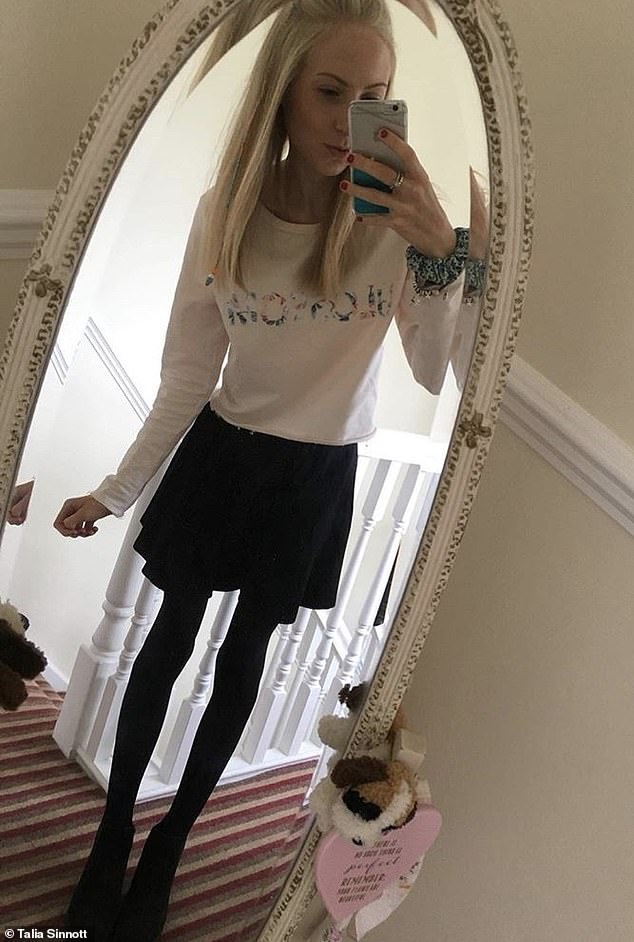 Talia said she was bullied at school and ‘took it personally’, fearing there was something wrong with her as a person

‘The reason Cosmo worked so well for me was that I could put small amounts of food on my plate, and then go back for another and another, rather than being over-faced with a big plateful which would stop me from eating anything.’

Talia found some comfort during her darker days by documenting her journey on Instagram.

She told how she would sometimes post a picture of a solitary cup of green tea to show her followers what she was consuming that day.

‘Looking back, it seems ridiculous,’ she admitted. ‘I used to document every mere morsel that was passing my mouth – I felt like I had to share it with someone. 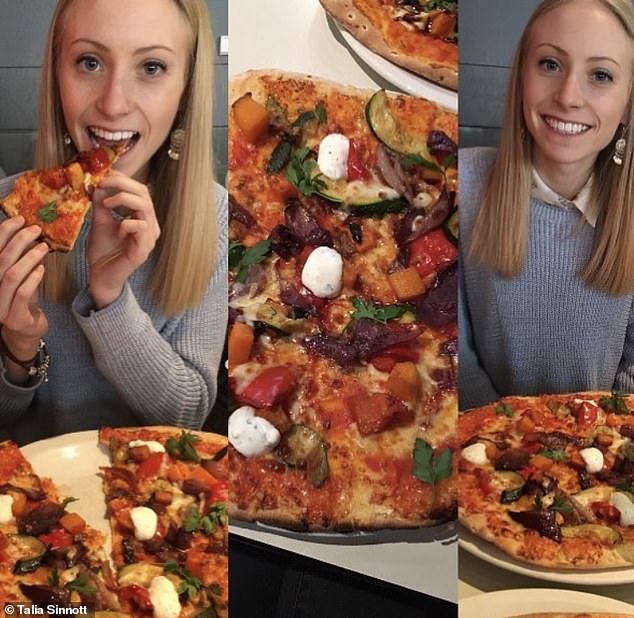 ‘As I started to get better though, and my relationship with food began to improve and become more positive, I began posting more exciting pictures of food – with lots of pictures of cake! I have a really sweet tooth.

‘Cosmo has helped me to conquer my fear of eating out. The fact that I can control how much I can eat is a big plus for me.

‘I have a routine when I visit Cosmo; I always head to the Indian section first for chickpea curry and Bombay potatoes. And I love the fresh naan bread there. 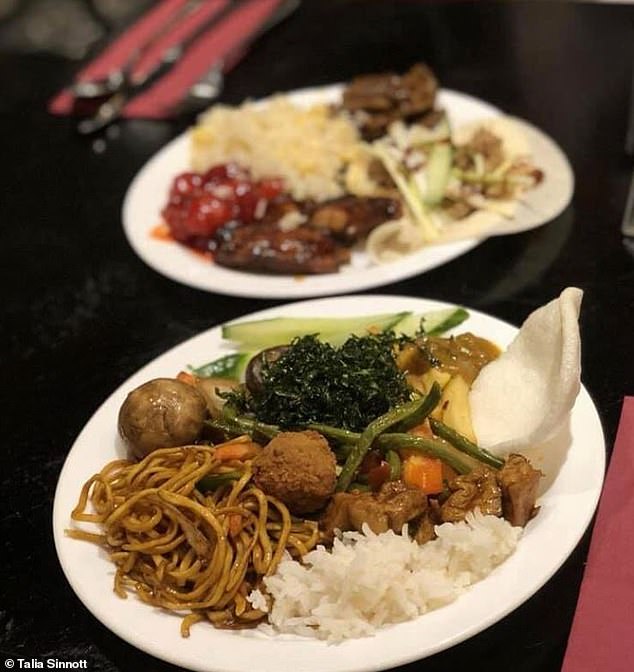 Talia said during a typical meal at Cosmo (pictured) she always heads to the Indian section first to fill up on curry, then she usually goes for some Chinese and finishes up with random food like chips, breaded mushrooms and mini hash browns

‘Then I’ll head to the Chinese section for noodles and oyster mushrooms before finishing off with dessert. I love pudding – it’s my favourite part of eating out.’

Talia’s recovery is ongoing and she’s in the process of weight restoration as she aims to get back to a healthy BMI.

She said she has been overwhelmed by the support from her followers on Instagram, in particular 21-year-old Lottie Hall – a fellow recovering anorexic – from Manchester. 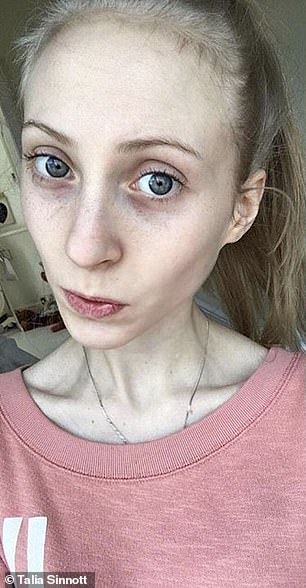 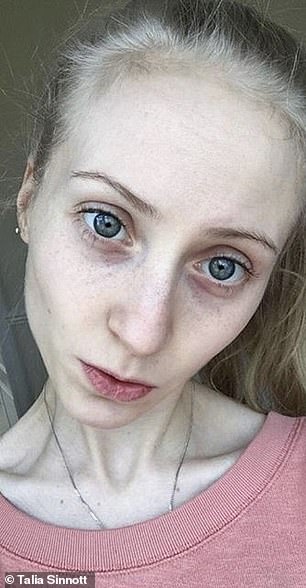 Speaking of old photos, Talia said she ‘finds it quite hard to see herself so unwell’. Talia is a student at the University of York, although she has taken a break from her studies to concentrate on her health 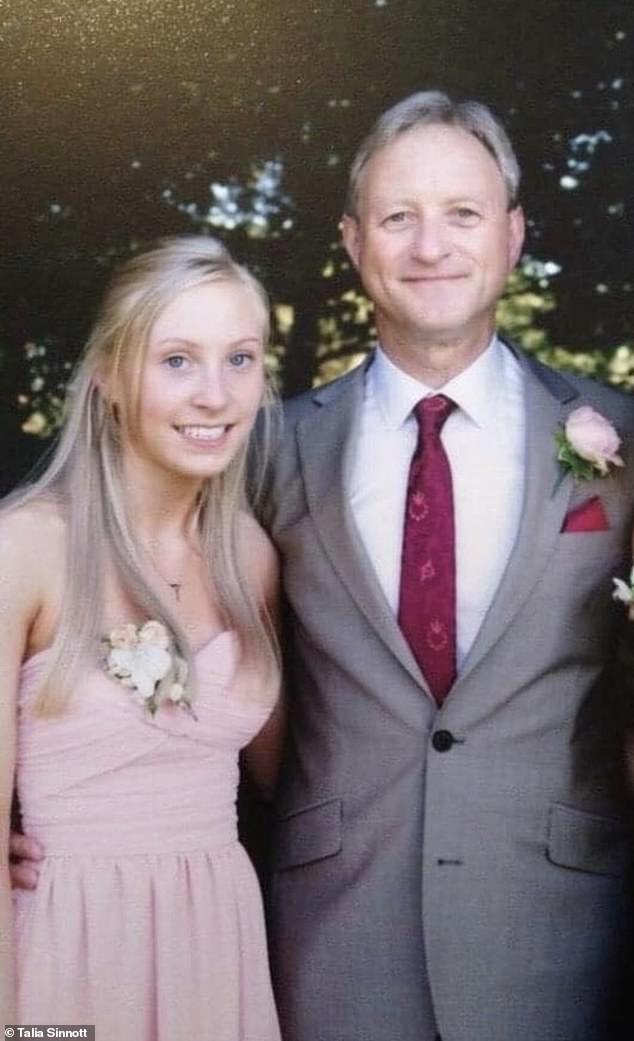 Talia, pictured with her dad at her brother’s wedding in 2012 before she became ill. She said she thought losing weight would give her back some control in her life

The pair had an instant bond and, in August, they arranged to meet in person. Talia is taking Lottie to the Cosmo restaurant in Manchester next week to celebrate her 22nd birthday.

‘Lottie has been brilliant for me; she’s so encouraging,’ said Talia. ‘We have both documented our journey on social media and I was excited to meet her last year.

‘I’m hoping that Lottie enjoys the Cosmo experience as much as I do. I’m really looking forward to spoiling her for helping me.’ 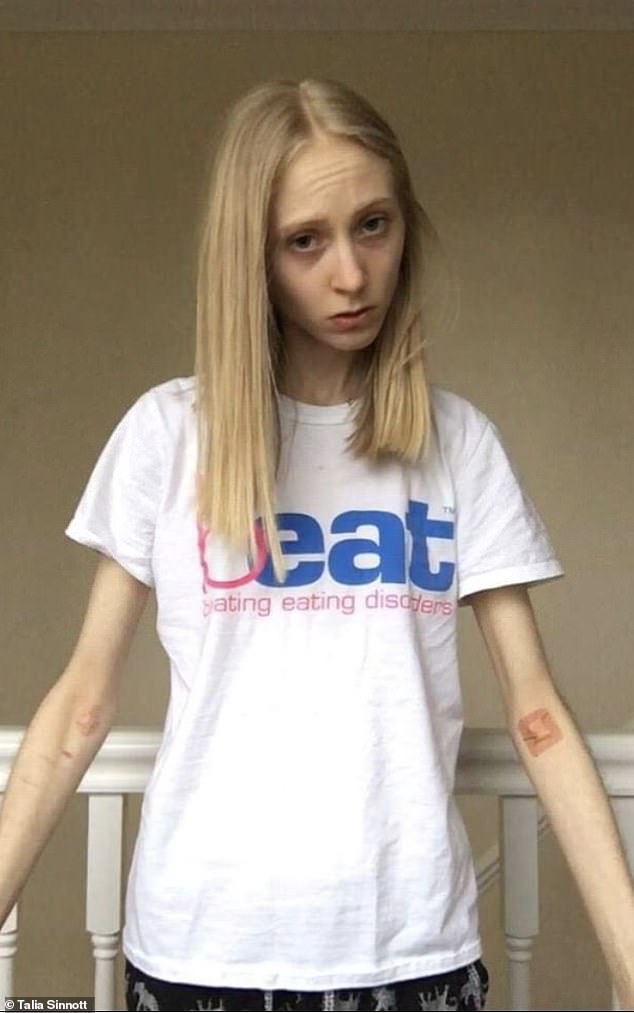 Talia is a student at the University of York, although she has taken a break from her studies to concentrate on her health.

‘Every so often, I will have a little wobble,’ she admitted. ‘I ordered a takeaway a few weeks ago and felt overwhelmed when it arrived. I just couldn’t eat it.

‘I always head to the Indian section first to fill up on curry; I’ll have a bit of Chana Masala, mushroom curry and rice with popadoms, a dollop of mango chutney and lots of naan bread. Then I usually go for Chinese – mushroom stir-fry, prawn crackers and prawn toast (one of my favourites). I’ll finish that and fill up with random food like chips, breaded mushrooms, mini hash browns – but mango chutney is a must; I have a really sweet tooth!

‘Finally, I’ll have lots of little bits of dessert including marshmallows, which I like to dip in the chocolate fountain. I’ve really started enjoying pudding since I began my recovery and my Instagram is full of pudding pics.’

‘But I’m more relaxed than I used to be. In the past, I would study the menu before eating out anywhere. I’m more spontaneous now.’

Cosmo director Kan Koo said: ‘It is extremely well-known how devastating the effects of anorexia can be and anything that aids the recovery of this terrible condition is most welcome.

‘We are pleased for Talia that the way we present our food was useful to her in her recovery and we wish her all the very best.’

‘Talia and Lottie have shown great courage in telling their stories and this will help to raise awareness and challenge stigma, so that more people get the help they need and deserve.

‘Anyone worried about their own or someone else’s health can contact Beat’s Helpline free of charge 365 days a year, via phone, email, anonymous one-to-one webchat or social media messaging.