Crown Princess Victoria of Sweden showcased her prowess at seasonal dressing today, as she channeled autumnal chic at a Swedish-Danish business forum in Copenhagen, Denmark.

The mother-of-two was joined by her husband Prince Daniel, 46, and Denmark royals, Crown Prince Frederik, 51, alongside his wife of 15-years, Crown Princess Mary, 47, at the Danish Industry headquarters.

Her Danish counterpart was equally stylish in a white pleated skirt with blue panels, teamed with a black, belted top. 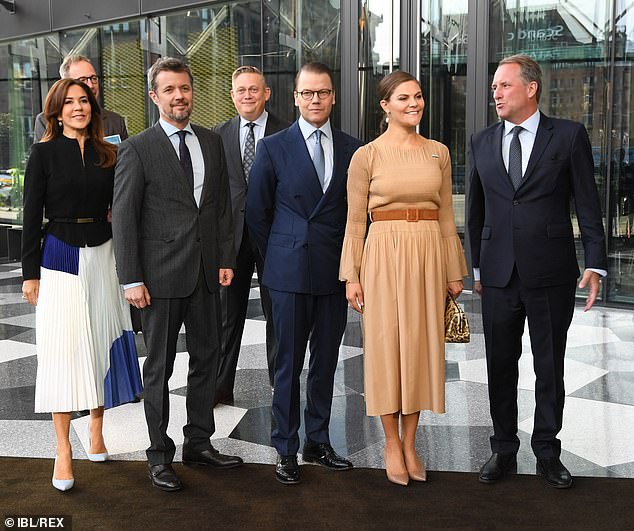 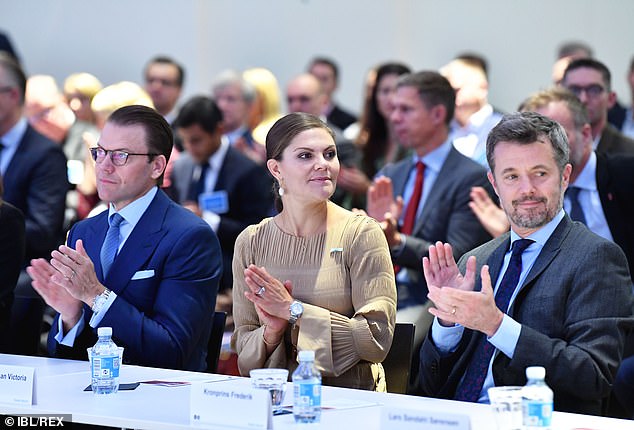 Heir apparent Victoria, 42, tied her autumnal look together by sweeping her hair neatly into a bun with a side-parting.

Wearing minimal make-up, she gave the illusion of naturally rosy cheeks with a light pink blusher.

The business forum is reportedly an opportunity for roundtable discussions and networking, with key topics including ‘The Green Transition’ and ‘Modernizing Healthcare’.

Crown Princess Victoria who has a busy day of engagements is also expected to tour the Green House. 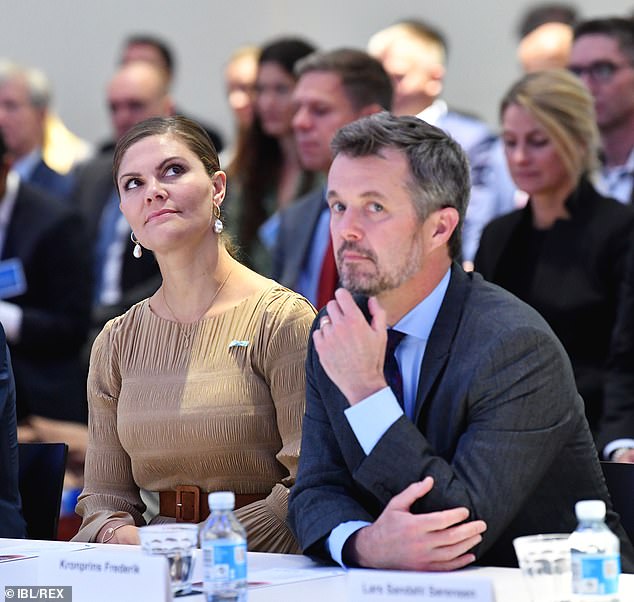 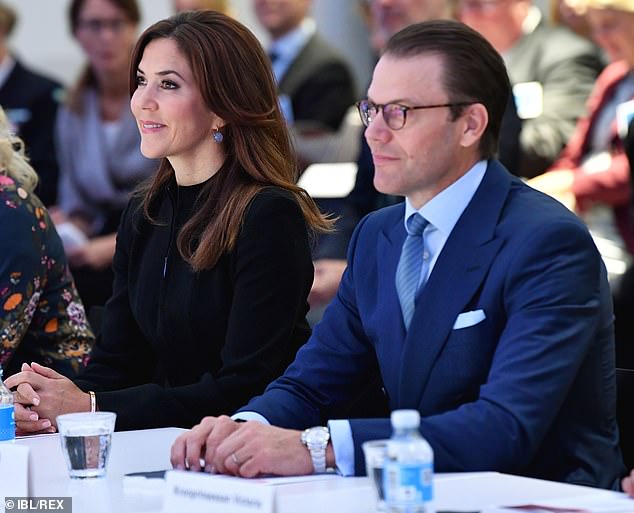 The facility has become a place for sustainable innovations and solutions.

Crown Prince Frederik and Crown Princess Mary will then join the Swedish royals in visiting Denmark’s Øksnehallen for a Scandinavian tech forum.

Followed by a visit to the Amager Bakke power plant and the Rigshospitalet.

Today marks the end of Crown Princess Victoria and Prince Daniel’s three-day visit to Copenhagen as part of efforts to promote cooperation between the nations.

The couple who have been married since 2010, made a similar business visit to Stockholm in the spring of 2017.

Crown Princess Victoria is next in line to the Swedish throne which is currently reigned by her father King Carl XVI Gustaf.

The mother-of-two appeared in good spirits as she posed for photos alongside the polished Denmark royals and her dapper husband. 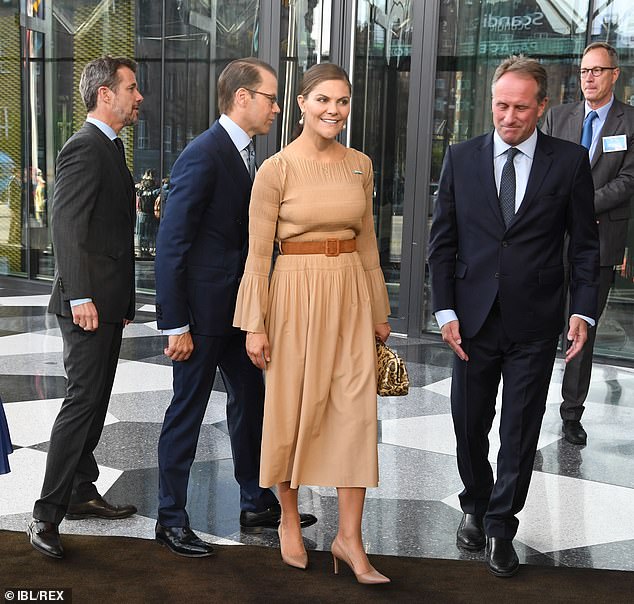 Crown Princess Victoria who is next in line to the Swedish throne, previously made a similar business visit to Stockholm in the spring of 2017