An artist who met the Duchess of Sussex in South Africa last week has revealed how she beamed and laughed as she was ‘crowned’ with an Instagram filter during the final day of the royal tour.

Maxwell Mutanda, from Cape Town, shared a video of Meghan Markle, 38, on social media, as the royal tested out the crown filter at a business reception in Johannesburg.

In the clip, Meghan can be seen beaming and laughing with surprise while trying out the Instagram filter, which featured one of hair artist Nikiwe Dlova’s ‘crown’ designs.

The royal was an active user of social media while she was an actress, but gave up her personal accounts when she married Prince Harry, 35. 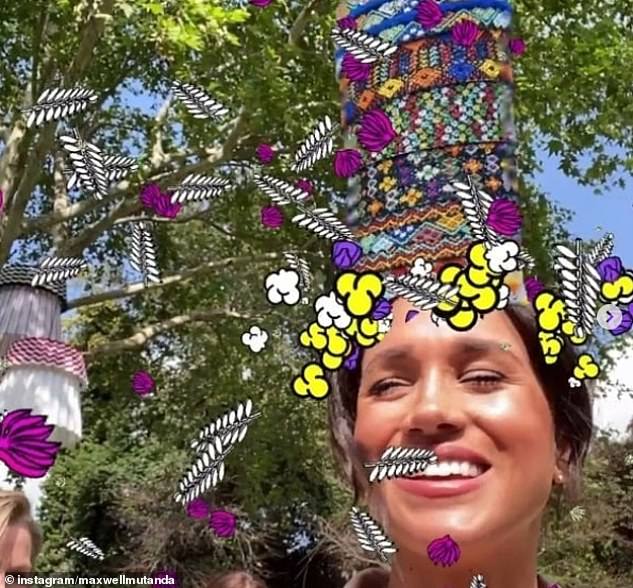 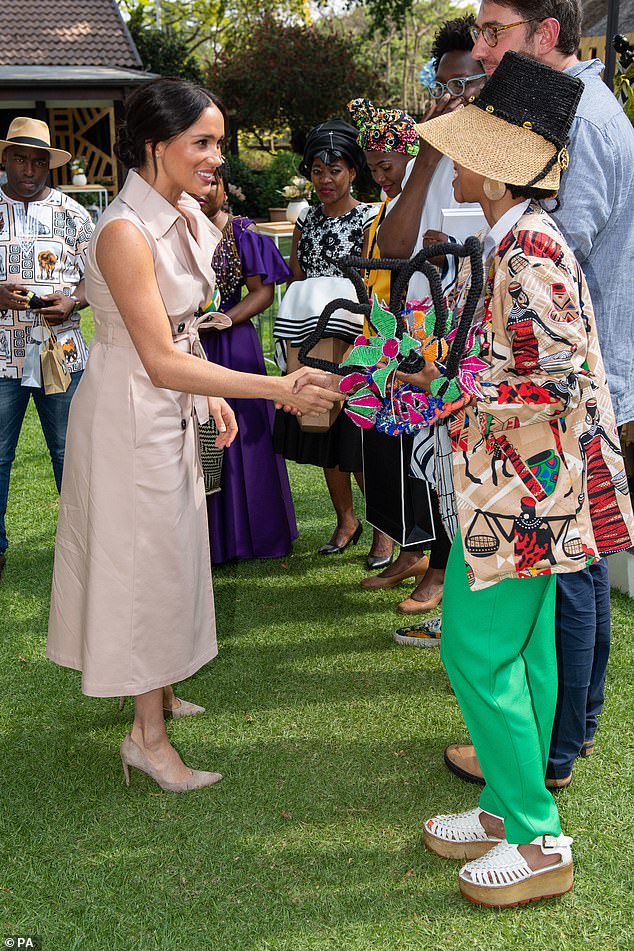 The video was shared after the Sussexes attended a creative industries and business reception at the residence of Britain’s High Commissioner to South Africa Nigel Casey in Johannesburg.

More than 300 guests gathered for the event celebrating the UK and South Africa’s business investment relationship and looking ahead to the Africa investment Summit being hosted in the UK in 2020.

Among the guests were Nikiwe Dlova, a hair artist who founded headpiece brand Own Ur Crown, and collaborator Maxwell Mutanda, who had created an ‘Instagram filter’ of one of Nikiwe’s pieces.

Maxwell went on to share a short video of Meghan testing out the filter on his personal Instagram, with the royal appearing surprised and delighted by the crown design. 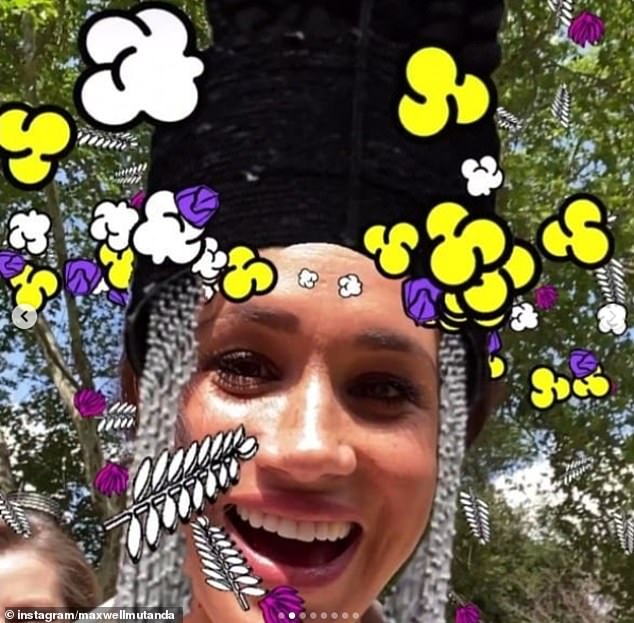 In the short clip, Meghan could be seen beaming and laughing as the crown filter ‘activated’ on her head 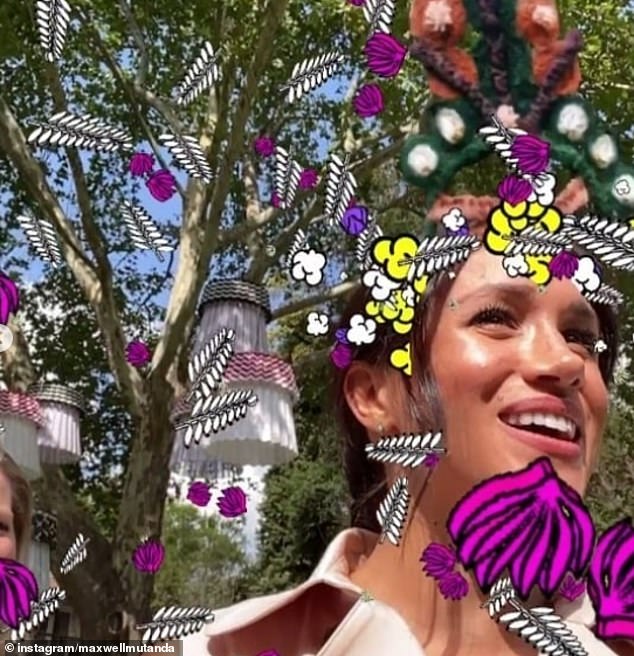 As the royal looked away to chat to Nikiwe and Maxwell, the filter switched to another of the designer’s intricate headpieces

Meghan can be seen beaming and laughing before noting that the the image resembled the colorful headpiece that Nikiwe was holding.

The filter then changed to another one of Nikiwe’s designs, which appeared like a tiara

Meghan, who gave up her social media accounts when she married Harry, was an active Instagram user while she was still an actress.

She would often share lifestyle posts and recipes online alongside images of her home and gatherings with friends. 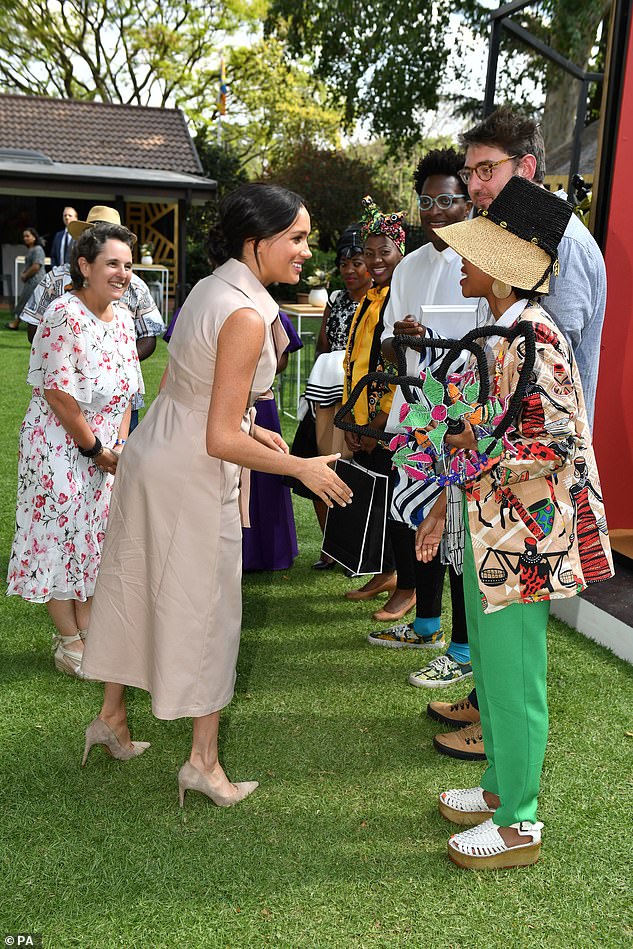 Early in her relationship with Harry, she shared a cryptic photo of spooning bananas on the social media site, which many followers interpreted as a reference to her then burgeoning romance.

Towards the latter half of last year, Harry and Meghan took greater control of their social media output when they shared photos they had personally taken on the Kensington Palace feed.

They have regularly posted images of themselves at engagements, and recently started sharing quotes from inspirational figures in white writing on a navy background featuring their monogram.