There wasn’t a female detective that we know of running around in the Victorian era, battling crime as well as tight corsets.

But if there had been she would have had to be a lot like Eliza Scarlet, the irrepressible heroine of a new TV crime drama.

Just when you thought producers had mined this rich seam in every possible way, this is crime drama reinvented. 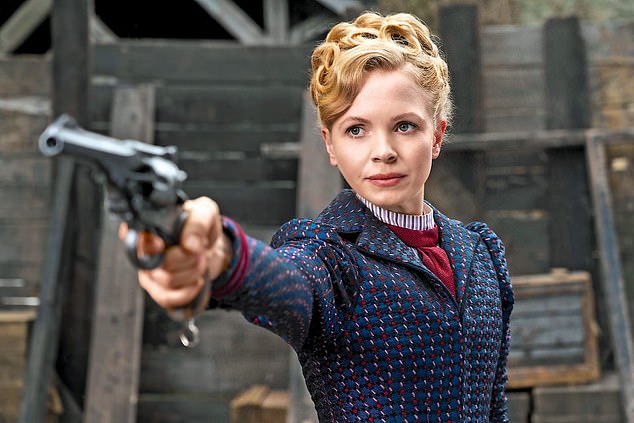 And as it’s a stylish costume drama with a hint of will-they-won’t-they romance thrown in too, it basically encompasses all the things audiences across the world love about British television.

No wonder PBS, the channel that aired Downton Abbey in the States, has helped create the show.

The first episode starts with middle-class detective’s daughter Eliza getting into a fight with a prostitute, before the rip-roaring adventure continues when she attempts to take over her father’s business after he dies.

But as her policeman friend Detective Inspector William ‘The Duke’ Wellington likes to remind her, detective work is no business for a woman. That doesn’t stop her, though.

The series was created by Grantchester and Trollied writer Rachael New, who says Eliza is ‘the character I always wanted to write.

‘I’d love to say there was a female detective running around Victorian London, but I don’t think there was. 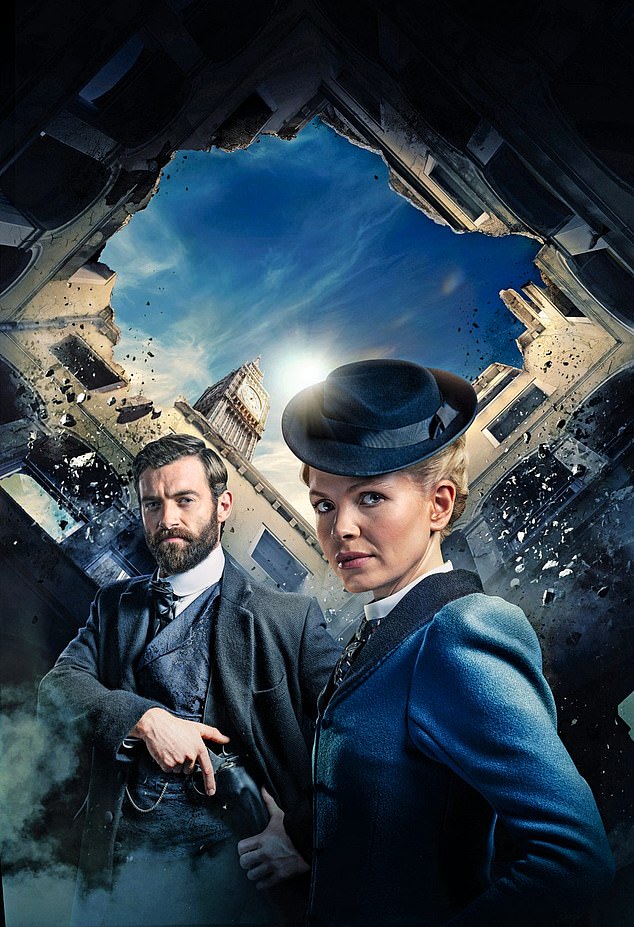 ‘And even if some women were doing this, no one was writing about them. But I love the idea of characters who won’t toe the line, especially in a time when women had to toe the line.

‘She’s a mix of a few of my favourite characters, including Elizabeth Bennet from Pride And Prejudice who has sharp wit and powers of observation, and Scarlett O’Hara in Gone With The Wind, who had this total determination.

‘I was the youngest of four, with three big brothers, and I had to assert myself. That’s why the subject of women pushing against their confines has always interested me.’

This is the coolest, most exciting job I’ve ever had. Eliza is dynamic, cool and lots of fun
Kate Phillips

‘This is the coolest, most exciting job I’ve ever had,’ she says during a break from filming at the production’s main base outside Dublin. ‘Eliza is dynamic, cool and lots of fun.’

Eliza has been brought up mainly by her widowed father (played by another Downton Abbey actor, Kevin Doyle), a Scotland Yard detective.

His unique way of parenting includes teaching his daughter all about detection, but he’s also an alcoholic who’s unable to recover from his wife’s death.

Having set up his own detective agency, he’s let it almost run to rack and ruin. When he dies mysteriously, Eliza is forced to pick up the pieces and find a way of earning money.

And she quickly realises she needs to use her skills as a detective, even though no man thinks she’s up to the job.

‘I think, even in our world, I was limited as a child because I was a girl,’ says Kate. 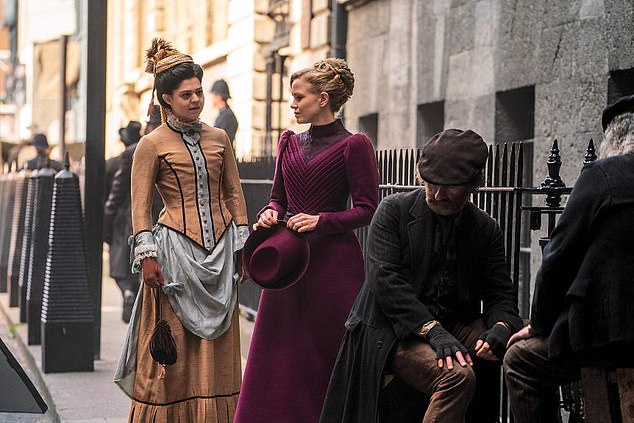 ‘But Eliza, although she sees boundaries, doesn’t want to live within them. She’s braver than me.

‘There’s an element of the maverick Sherlock in her but she doesn’t have his magic mind. She’s just a brilliant, intelligent woman. And while she comes across as a refined Victorian lady, she’s a bit scrappy underneath.’

The cases Eliza investigates also show a side of Victorian Britain we don’t often see. At one point she infiltrates the Suffragette movement and finds herself torn because while she believes in their cause, she has to investigate a crime within it.

And her most startling case involves working with a ‘death photographer’ to find out why he’s being sent photos of his own dead wife.

There is a huge amount of fondness between them but they also really irritate each other. He doesn’t like the fact she’s stepping on his toes and he thinks being a detective is a man’s job
Stuart Martin

‘Death photography was this weird practice where families would pose with their dead relatives who’d be propped up to make them look alive,’ says Rachael.

‘I liked the idea of some difficult cases that took us into the underbelly of Victorian society.’

It’s not all grim, though. At the heart of the series is an enticing prospective romance with the Duke, played by handsome Scottish actor Stuart Martin, best known for Jamestown.

He’s grown up as a family friend – he was mentored by Eliza’s father, who found him as an orphan on the streets and helped bring him up – and the chemistry between the two leads genuinely sizzles.

‘There is a huge amount of fondness between them but they also really irritate each other,’ says Stuart.

‘He doesn’t like the fact she’s stepping on his toes and he thinks being a detective is a man’s job.

‘But over the six episodes their relationship changes as they start to work together and he begins to involve her more in his work.

‘He realises she’s an incredible detective and that changes his outlook. A lot of the humour in the show is in the way they are with each other. They’re both rule-breakers but they see life in a different way.’

Miss Scarlet And The Duke starts on Tuesday on Alibi (on Sky, Virgin, BT and TalkTalk TV).