A woman is raising her best friend’s two young daughters while she serves 13 years for murdering their father following a blazing row.

Heather Savage, from Liverpool, found herself in this difficult position when her best friend since childhood Farieissia ‘Fri’ Martin was convicted of killing her partner Kyle Farrell.

When Fri was arrested in 2014, Heather was one of the only people who knew the extent of the abuse she’d suffered and offered to foster her little girls, reports Marie Claire.

Heather said she’d known about her friend’s abusive relationship with Kyle, 21, but kept quiet when Fri ‘begged’ her not to tell anybody.

Although Fri, then 22, and Kyle had broken up a few times, Heather said they kept on getting back together.

She explained how, when outgoing Fri enrolled at performing arts college, Kyle ‘would wait outside for her so that she didn’t walk past any lads on the way home.’ 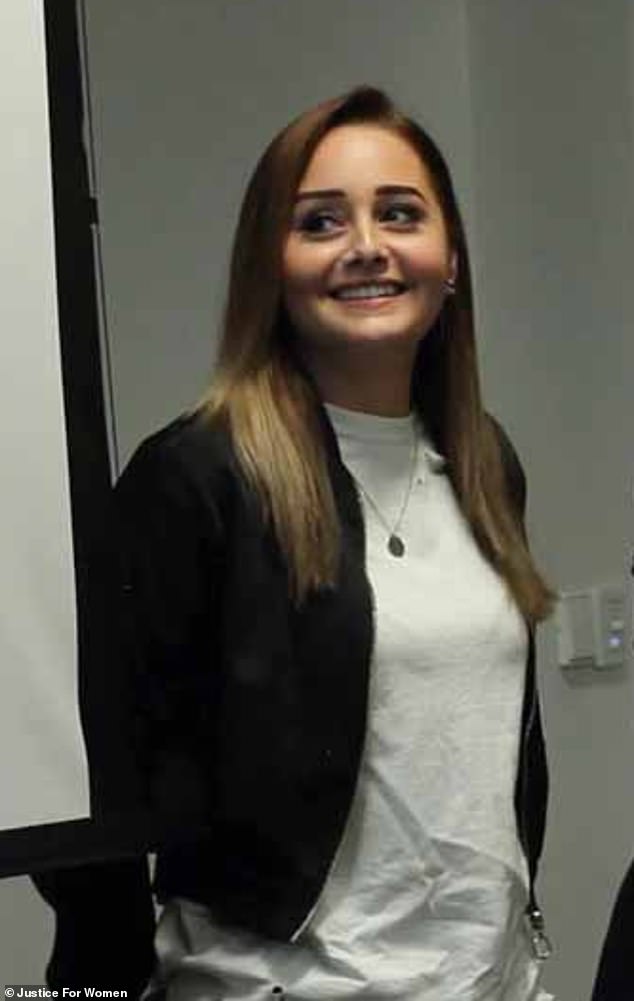 Heather Savage, from Liverpool, pictured, agreed to foster her best friend’s daughters, then aged one and two, when their mother was jailed for 13 years for killing their father 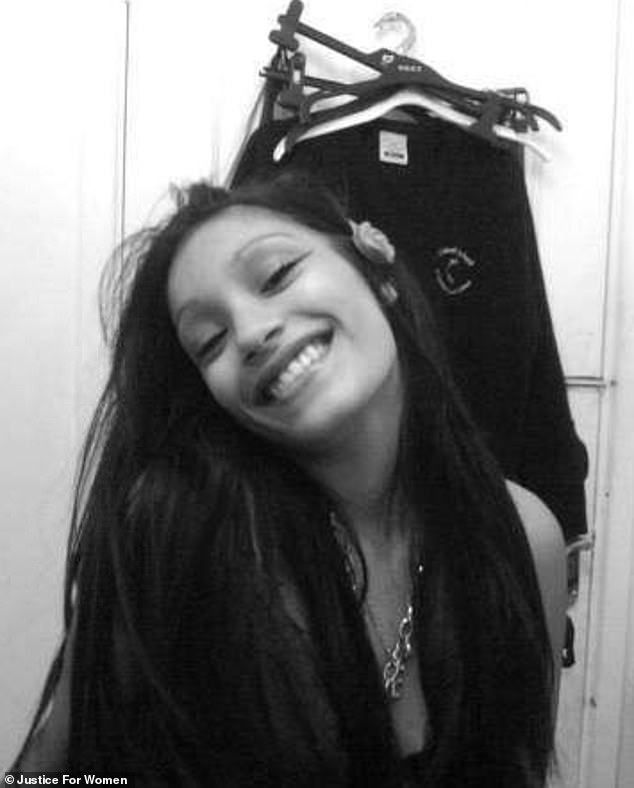 Heather said that her friend Fri, pictured, used to be outgoing but her partner was controlling and would wait outside college for her so that she didn’t walk past lads on the way home’

Heather also claimed that Kyle would join the girls at the pub and flood Fri with texts when she was away from home, but Fri made her promise not to tell ‘about the violence.’

When Fri was 19 she became pregnant and Heather said she saw an angry Kyle ‘kick her in the stomach’ while they were walking down the street.

She told Marie Claire: ‘Fri fell into the road in front of oncoming cars, and a big scene kicked off with me shouting at Kyle. I took Fri to hospital, but she didn’t tell doctors the truth.’

After their second daughter was born, Heather said her best friend started meeting her with bruises on her face and saying she’d hit herself ‘on the oven door.’

By now Heather was training to be a dental nurse but was constantly worrying about her best friend.

Early on 21 November 2014, a shocked Heather was told that Fri had been arrested after killing Kyle when they’d got into an argument after a night out.

She said: ‘Fri had grabbed a kitchen knife from the counter and shouted at him to get off. It was a single stab to his heart.’ 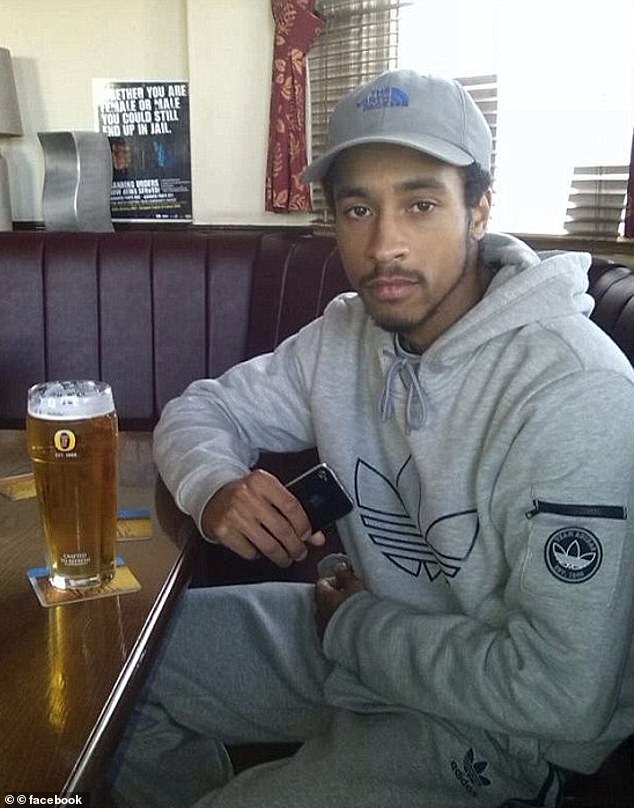 Kyle Farrell, 21, was stabbed once in the chest during a row and later died in hospital. According to Heather Savage, Farrell was ‘violent’ and once kicked his pregnant partner in the stomach

After a trial at Liverpool Crown Court, Fri was sentenced to 13 years in prison and her children, just one and two years old at the time, were taken into care.

The court heard how Fri had come home to her flat at 4.30am after drinking half a bottle of brandy at a friend’s house.

Kyle had been looking after their two children while she was out, and accused her of seeing other men when a row ensued.

The couple had a turbulent relationship with Fri having previously having accused Kyle of having affairs with other women and even fathering a child by one of them.

Fri admitted their rows would regularly become violent – and she often refused to stay in the house with the children.

During the case, Fri initially falsely claimed her boyfriend had been knifed to death by an intruder, but later said she stabbed him in self-defence.

Just 24 hours before his death, Kyle sent text messages to his girlfriend threatening to smash her TV and bed after she went shopping and left him at home. 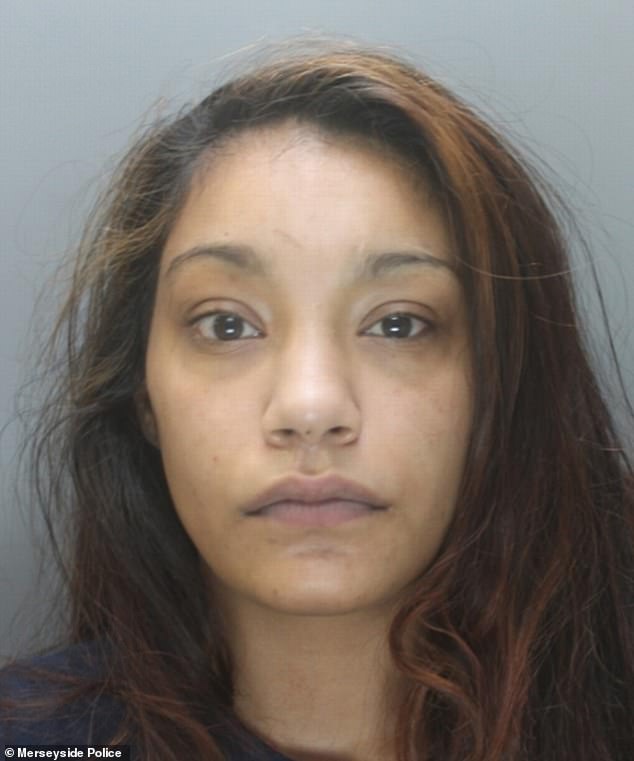 Fri, pictured, had split up with partner Kyle multiple times and they had two daughters together. She killed her ‘violent’ partner with a single stab wound to the chest 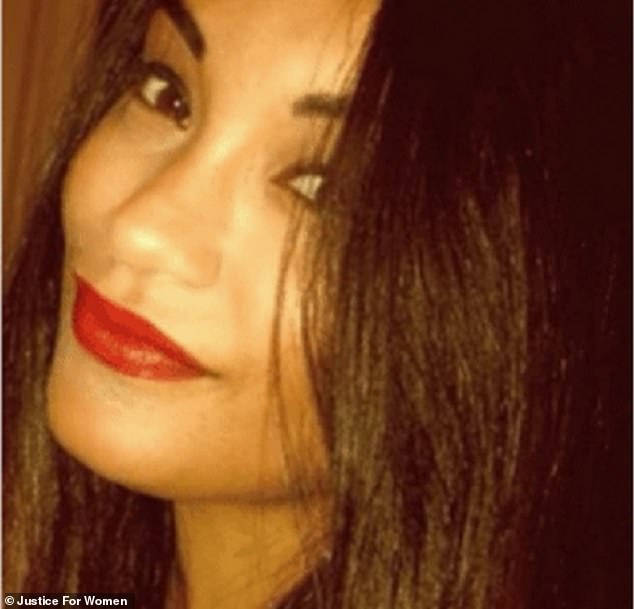 Fri before she was jailed. Her case has now been taken up by campaign group Justice for Women, who help support women who have been killed by violent partners

Fri told the court that during their argument Kyle grabbed her by the throat in the kitchen and she grabbed the knife.

After Fri was jailed Detective Chief Inspector Natalie Perischine told the BBC: ‘It was unfortunately sometimes a volatile relationship, and our investigation established that there had been verbal and physical abuse from both sides in the past.’

After a year of her best friend’s daughters being with a foster family, Heather offered to care for them.

She said: ‘I’ve known them since they were born, so they’re like my nieces. Those girls are my life now.’

Heather still takes the young girls to visit her best friend every month and said they know their daddy is in heaven and their mother in prison, which they call ‘the castle.’

Fri’s case has now been taken up by campaign group Justice for Women, who help support women who have been killed by violent partners. 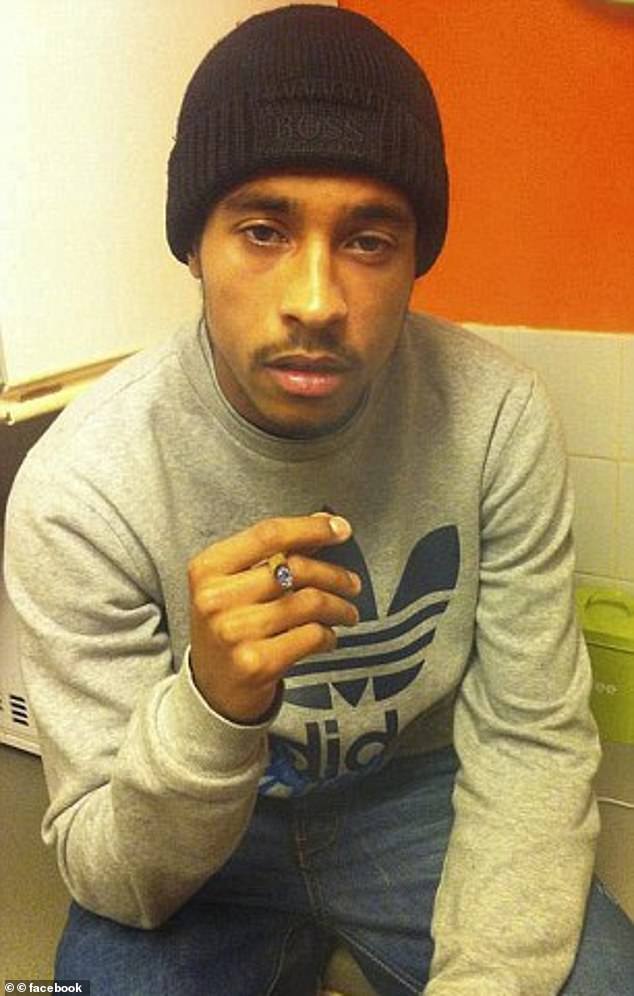 Kyle, pictured, had been looking after his and Fri’s two children while she was out on the night he was killed 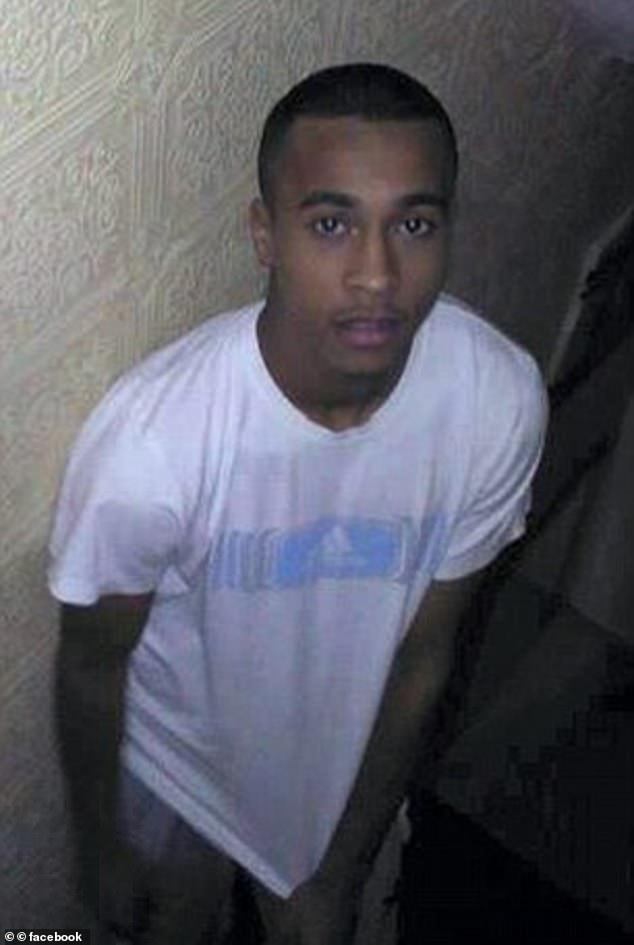 A police investigation found Fri and Kyle, pictured, had a volatile relationship and that ‘there had been verbal and physical abuse from both sides in the past’

Justice For Women said: ‘Fri was a young woman who experienced appalling abuse at the hands of her partner Kyle, but this was not explored in court nor was her mental health assessed.

‘Through cases such as Fri’s and Emma-Jayne Magson’s we hope to not only see these murder convictions overturned but to also see a greater understanding of domestic abuse within the criminal justice system.

‘Justice for Women and Fri’s legal team have submitted grounds to appeal sentence and conviction. Her application to appeal was unfortunately turned down by the single judge last month.

‘This was the same judge who also turned down Sally Challen’s application. Our next step is to submit grounds to a panel of three judges.

‘We hope to draw public attention to Fri’s case in much the same way as we have Sally Challen’s case.’