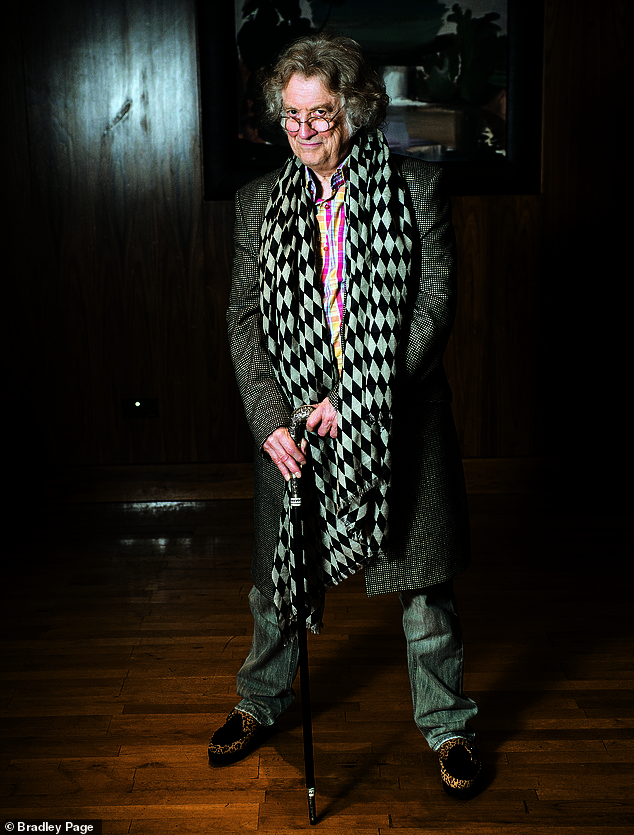 Former Slade singer Noddy Holder, 74, (pictured) shared the stories behind a selection of his favourite photographs 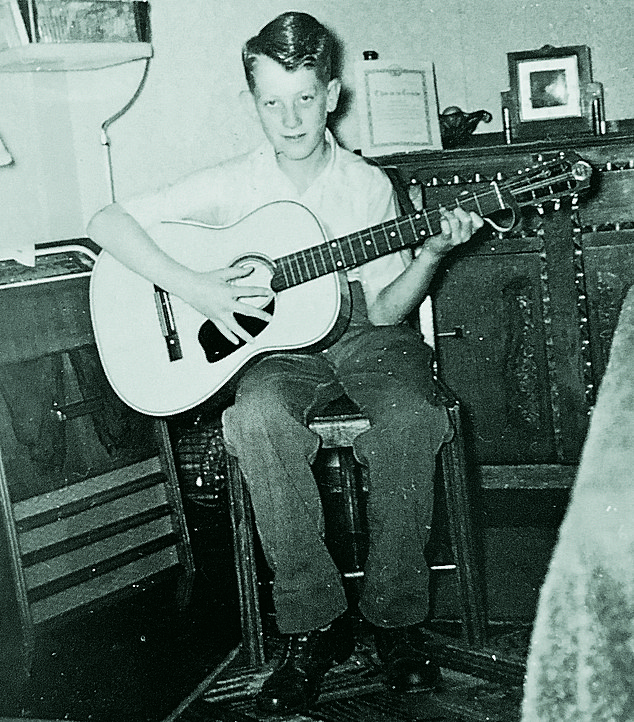 1957: This is me aged 12 in our living room. I’d been plaguing my parents for a guitar since getting into rock’n’roll. My dad was a window cleaner and used to sing in Walsall’s working men’s clubs and he’d drag me up on stage from the age of seven. I used to nod a lot when asked a question in school – and a boy called me Noddy. I’ve been called that ever since, but my family use my real name, Neville 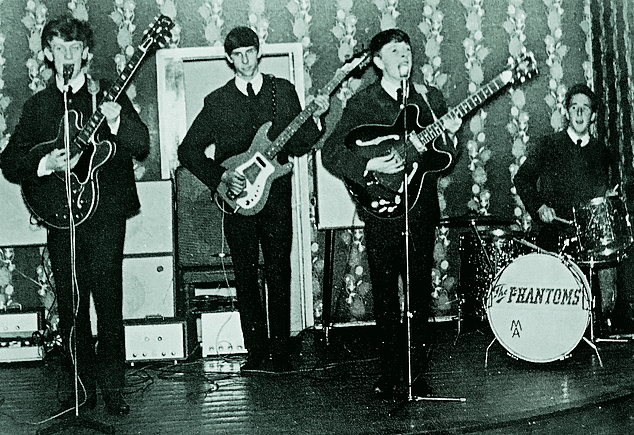 1961: I’m on the left here, the lead vocalist and guitarist in my first band The Rockin’ Phantoms with school friends. Three became professional musicians and Mick Aulton, the drummer, became a chemist. As a working-class kid from the Black Country I didn’t think I’d earn a living with music. Yet from the Midlands then came ELO, Slade and Black Sabbath 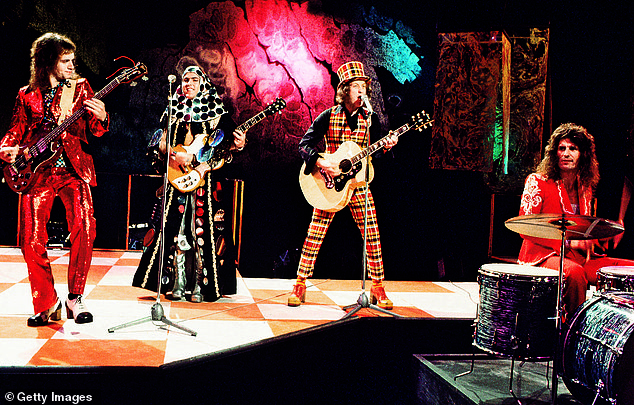 1973: We came up with our own looks in Slade. Dave Hill [second from left, and Noddy is third from left] always wanted to top everybody when we appeared on Top Of The Pops – we gave his outfits nicknames and this one was The Metal Nun. A life-size Lego statue of me in the outfit I have on here, plus a mirrored top hat, is now in Selfridges at Birmingham’s Bullring shopping centre to raise funds for the city’s children’s hospital. I loved the heyday of Slade, though there was pressure to have an album and several singles out every year, and we generally played a new city every day on tour. But one thing you have to say is we cheered people up and put a smile on their faces 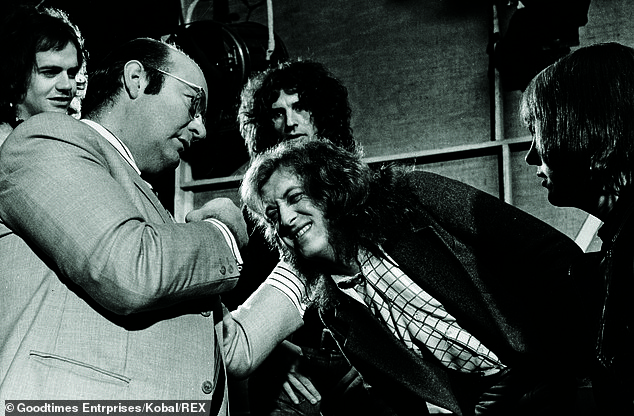 1975: This is from Slade In Flame, a film starring the band. The first idea was to do a spoof of The Quatermass Experiment, called The Quite A Mess Experiment. But we wanted to do a serious behind-the-scenes film showing what the rock’n’roll business was all about. Every scene is true to some band, just not necessarily Slade. This picture shows our first manager in the film, played by actor and boxer Johnny Shannon, pulling my hair and not knowing his own strength so it really hurt! The soundtrack was the best-received of our albums, with some of our best songs on it 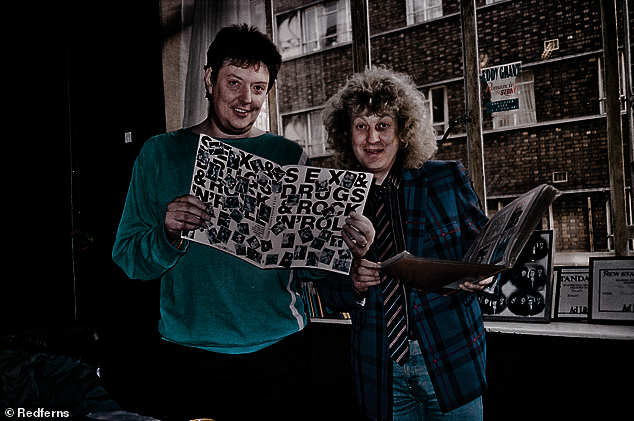 1980: ‘Chas’ Chandler discovered and signed Slade in 1969. He’d been in The Animals, who I was a big fan of, and he discovered, produced and managed Jimi Hendrix, bringing him to Britain. When he went back to the US, Chas wanted a rock’n’roll band to manage and was key to making Slade a success. This photo of us was just before we split from Chas – we had run our course with him. We stayed quite friendly after 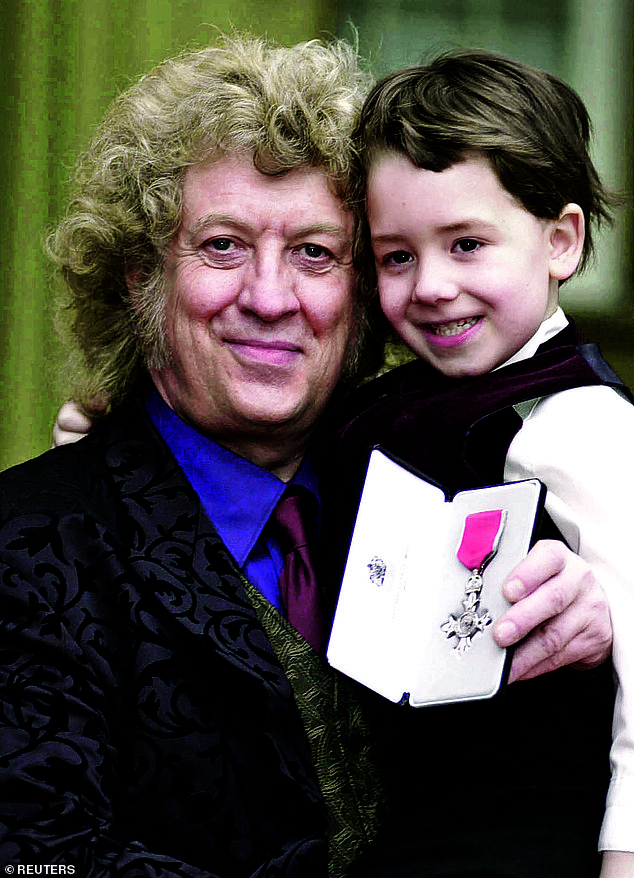 2000: When I was awarded an MBE for services to music I took my wife Suzan and our son Django [pictured], who was then five, to the Palace. Suzan is a TV producer and Django now works in a sound studio. I also have two daughters, in their 40s, from my first marriage, and I have two grandkids who I really enjoy. I’ve done most of what I wanted to do and am semi-retired now, although I would love to play a villain in an Agatha Christie 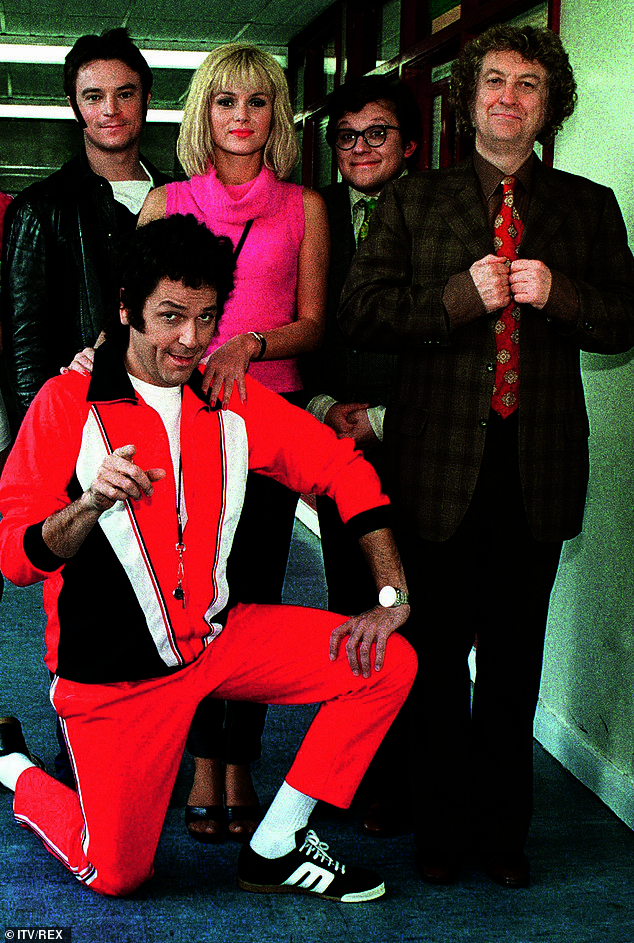 2001: The only other thing I ever considered doing for a living was teaching – I think I’d have been good at it. I played music teacher Neville Holder in the ITV comedy The Grimleys [far right, in series three], set in the West Midlands in the 1970s, with Amanda Holden and Brian Conley – we became great pals. It was written by Jed Mercurio, creator of Line Of Duty and Bodyguard. He spotted my potential in Slade In Flame, though I’d been ‘resting’ as an actor for 20 years! Since then I’ve had a cameo in the 40th anniversary live episode of Coronation Street, and appeared in Max & Paddy and Mrs Brown’s Boys. I’m always open to offers 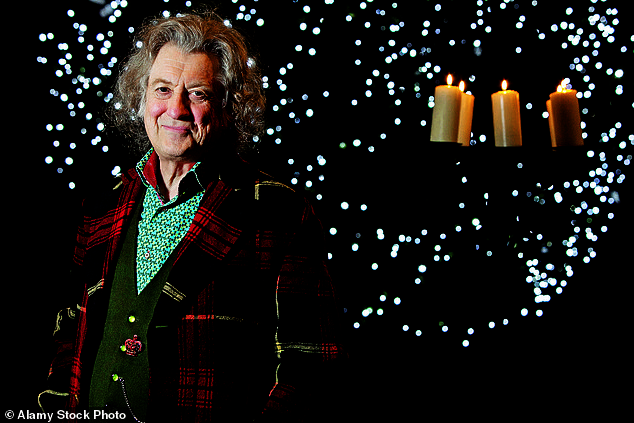 2011: Ever since Slade’s biggest hit Merry Christmas Everybody in 1973, people have associated me with Christmas – this is me at a carol concert at Manchester Cathedral – and some probably think I hibernate the rest of the year. When we recorded it we were very popular, but no way did I think it’d still be going strong 47 years later. I get dead chuffed when kids come up to me saying, ‘You’re the man who sings that Christmas song.’ It’s also produced a nice pension plan for Slade. I quit the band in 1992 and we don’t have much contact now, but I see Dave now and then