Experts have revealed why putting your pre-boiled potatoes in the fridge before you roast them is the secret to perfectly crispy spuds.

Consumer organisation Choice said putting your potatoes in the fridge or freezer, will result in ‘world-class chips with a delicious glass-like crunch’.

‘The super-dry air in your fridge or freezer is just what you need to remove moisture and prime them for roasting,’ they said. 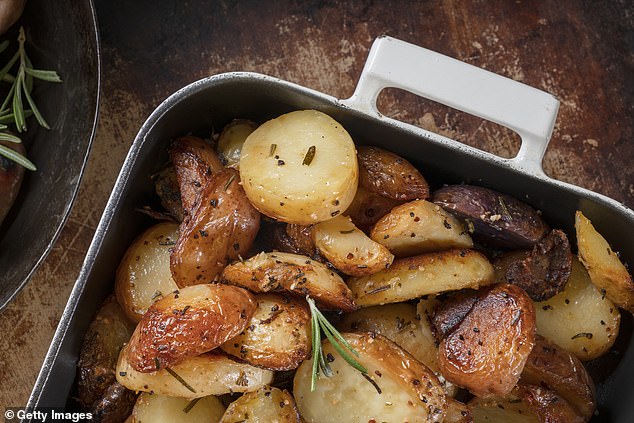 ‘After 10 minutes or so, take them out, toss them with fat and oil and throw them in the oven.’

For restaurant-perfect chips, Choice also said you should ‘rough them [the potatoes] up a bit’ and give them a good shake to break down the starch on the surface of the vegetable and maximise their surface area. 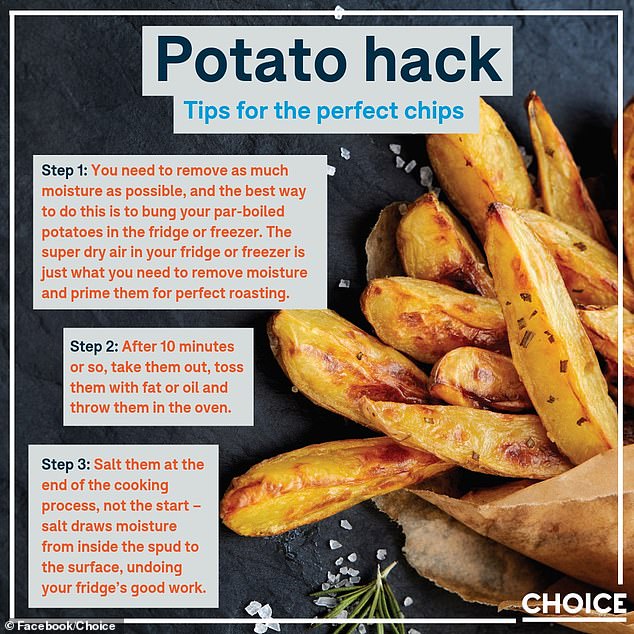 And while many home cooks think you should add salt and pepper before you put your potatoes in the oven, the opposite is true.

‘Salt your potatoes at the end of the cooking process – not the start,’ the consumer organisation said, because salt draws moisture from the inside of the potato to the surface, undoing all of your fridge’s good work. 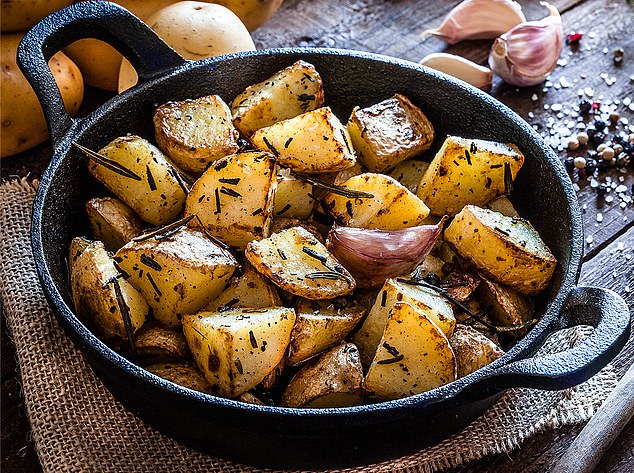 Previously, Michelin-starred chef Heston Blumenthal revealed his trick for achieving roasties that are crispy on the outside, fluffy on the inside – par-boiling for 20 minutes (stock image)

Those who have seen the technique online were quick to say it is ‘super interesting’ and they ‘can’t wait to try it next time’.

Previously, Michelin-starred chef Heston Blumenthal revealed his trick for achieving roast potatoes that are crispy on the outside and fluffy on the inside.

The experimental chef subscribes to the tried and tested method of boiling the spuds before roasting, but says the trick is to extend the boiling time.

While many believe that pre-boiling for 10 minutes is enough, Blumenthal leaves his bubbling away for at least 20 minutes for the best results.