Getting back to school doesn’t have to cost you a small fortune, as budget retailers are offering school shoes from as little as $6 – and mums claim they are better than the $150 ‘shoe shop’ brands.

Mid month Aldi announced their school range which started at $15 for leather shoes, and now Kmart has $6 options for boys and girls.

The budget retailer also has $8 sports shoes available – which means parents can kit their school children out with shoes for less than $15 for two sets. 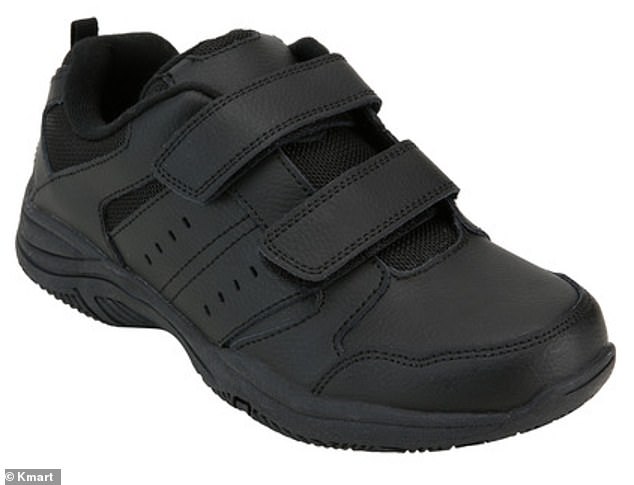 The most expensive shoes in the store’s back to school range are $24 – which is still much less than the $100 – $150 wanted for well-know brands.

Aldi’s shoes ranged in price from $15 to $30 depending on the chosen style and were available from January 13.

A mum posted on an Aldi mums Facebook page asking if the shoes were worth getting – and was inundated with positive responses. 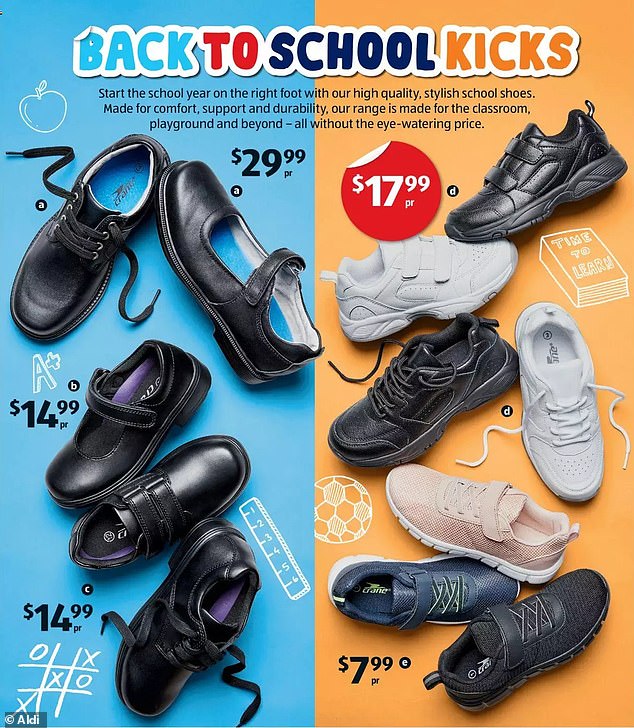 Many mums claimed the $15 shoes have lasted longer for their children than $150 brand-name versions.

‘My son had them last year they lasted the entire year my daughter had Colorado and they didn’t last the first term,’ one mum said.

‘My daughter has had the middle pair for prep and year one. They scuff but lasted all year and we will buy them again,’ another mum said.

‘I’ve always bought Clark’s, Crosby but Aldi by far beats them all,’ another woman revealed

Some suggested the shoes are slightly smaller than major brands and to ‘go up a size’. 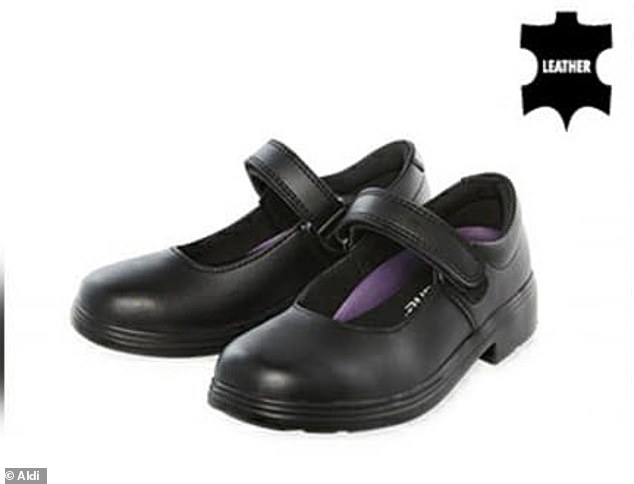 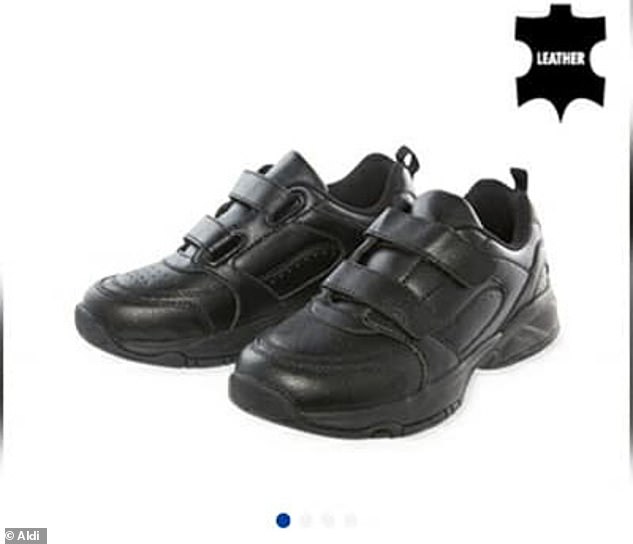 WHAT SHOULD I LOOK FOR IN SCHOOL SHOES?

Flexibility in the front.

A good shoe will bend at the ball of the foot. If it bends too much or can twist it does not provide enough support.

This helps to support your child’s foot. A completely flat shoe will make your children bend their toes when they walk.

Shoes that are too heavy can cause aches and pains in children.

Children should be able to wiggle their toes in the shoes.

When they can’t do this anymore it is time to get new shoes.

Other tips include avoiding slip on shoes, buying shoes with soft in soles and sock liners and shopping for something with leather uppers to allow the foot to breathe.

Others who thought their kids would go through a pair each term were pleasantly surprised.

‘Yes my grandson had them for three terms and most of the fourth, I couldn’t believe it,’ one grandma said.

Some were not as impressed with their buys from the international supermarket chain.

‘Personal opinion but after last year of straying from Clark’s I will never stray again. I will only buy Clark’s,’ one mum said.

‘My son was in kindergarten last year I brought these they lasted three months. I bought Clark’s they lasted about the same then I brought Colorado and they did the same. So I don’t think it matters the shoes its how your kid wears them and what they do in them,’ another said. 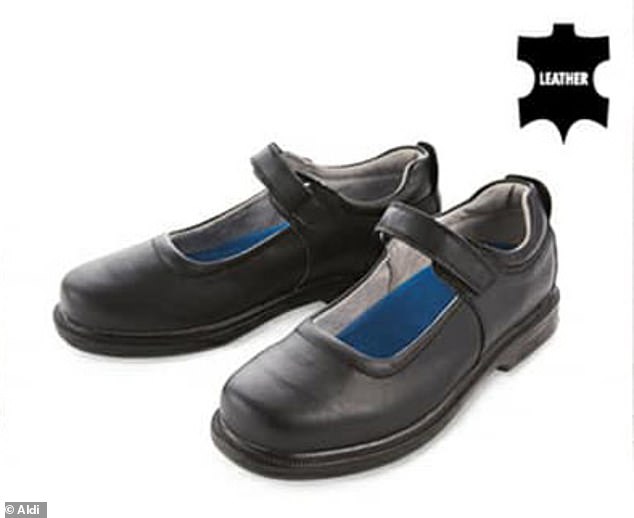 Some schools have looser rules around footwear, as one mum pointed out, which means they may not need black leather shoes.

‘Check with the school what the uniform rules are for shoes. At my son’s school they all wear sneakers. Ours just have to be black or white.’

The Aldi sneakers start at just $8 per pair.